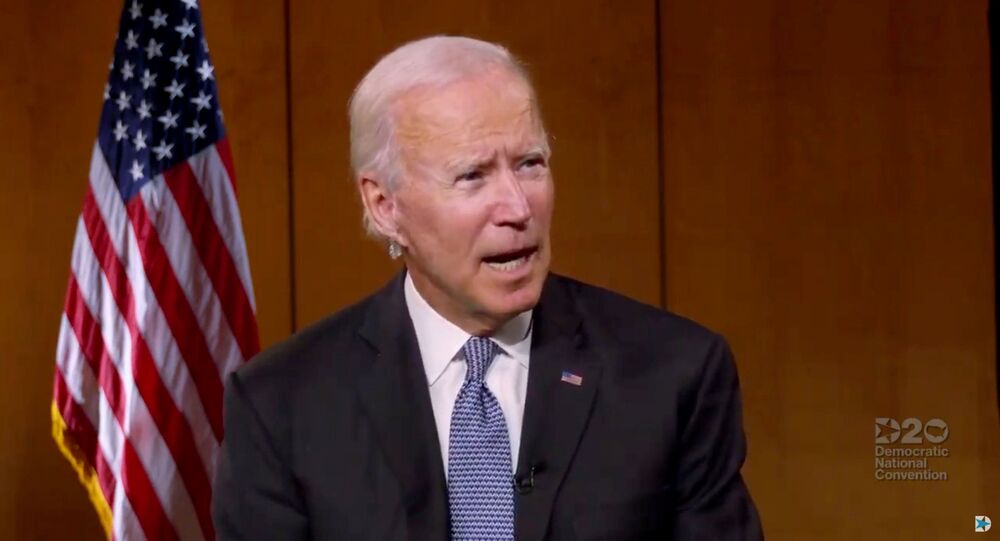 Biden said Trump plans to cut $500 million from the 1994 crime bill he co-authored but which critics say put more black people in jail.

Speaking to ABC news on Friday, Biden denied that he would cut funds to police if elected president this November.

Trump levelled that accusation after several Democrat-controlled city councils moved to defund their police departments amid the wave of Black Lives Matter protests.

In Minneapolis, where George Floyd suffocated to death on May 25 while under arrest as officer Derek Chauvin knelt on his neck, the council voted in June to disband the police department and replace it with a “community-led” force.

Biden said that bad apples in police and sheriffs’ departments should be “rooted out” instead.

And the Democratic presidential hopeful accused Trump of planning to cut “half a billion dollars of local police support” under the 1994 law and order legislation he helped draft during Bill Clinton’s administration.

“The only guy that actually put in a bill to actually defund the police is Donald Trump,” he claimed.

“Everybody forgets a third of that bill that I wrote was to put more cops in the street, not in their automobiles, but getting out and knowing the community – knowing who owns the local grocery store, knowing everybody in the community, and crime will drop.”

A Gallup poll in July found that only 15 per cent of voters backed abolishing police forces. But a 56 per cent majority supported outlawing labour unions for police, which some see as resisting reform.

The wide-ranging 1994 Violent Crime Control and Law Enforcement Act is not without controversy, however.

The near $10 billion in extra funding for prisons has been blamed for a huge rise in the number of Americans in prison, which has almost doubled since 1994 to well over 2 million.

Some critics point out that given the disproportionate number of black people in federal and state incarceration, the bill only increased racial problems.

The act also contained the now-defunct Federal Assault Weapons Ban that drew the ire and ridicule of gun owners and manufacturers.