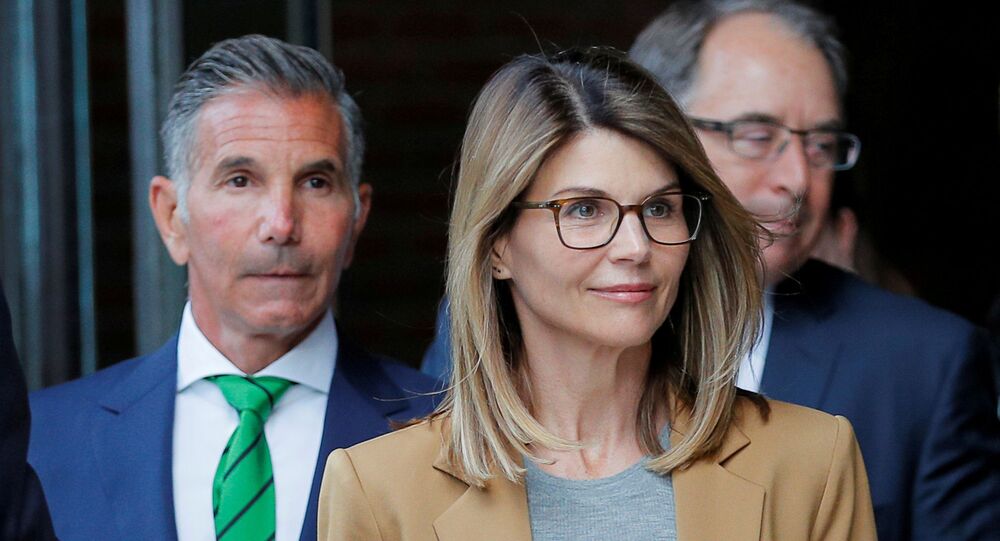 Actress Lori Loughlin and her husband, fashion designer Mossimo Giannulli, were sentenced on Friday for bribing college officials and lying about their daughters' athletic credentials in order to secure their admission.

US District Judge Nathaniel M. Gorton sentenced Loughlin to serve two months in prison as well as to pay a $150,000 fine and perform 100 hours of community service. Gorton gave Giannulli a slighter tougher sentence: 5 months in prison, a $250,000 fine and 250 hours of community service. He was sentenced just before Loughlin on Friday. The two must report to serve their prison sentences by November 19.

Loughlin and Giannulli were just two of dozens of parents charged with scamming and bribing their children's way into college. The duo paid admissions consultant William “Rick” Singer, the alleged mastermind of the operation, some $500,000 to get their two daughters admitted to the University of Southern California (USC) as rowing recruits, even though neither girl had any experience on a rowing team.

Prosecutors pushed earlier this week for a harsher sentence for Giannulli, who they said “engaged more frequently with Singer, directed the bribe payments to USC and Singer, and personally confronted his daughter’s high school counselor to prevent the scheme from being discovered, brazenly lying about his daughter’s athletic abilities.”

Singer pleaded guilty last year in a Boston court to charges that included racketeering, conspiracy, and obstruction of justice.

“I made an awful decision. I went along with a plan to give my daughters an unfair advantage," Loughlin told the court at her sentencing. “I am truly, profoundly, and deeply sorry. I’m ready to face the consequences and make amends.”

Gorton blasted Giannulli in the sentencing hearing, telling the fashion designer, "You were not stealing bread to feed your family. You had no excuse for your crime, and that makes it all the more blameworthy.” However, he reportedly seemed to find Loughlin more remorseful, telling her, “We can only hope that you’ll spend the rest of your charmed life ... making amends for the system you have harmed.”