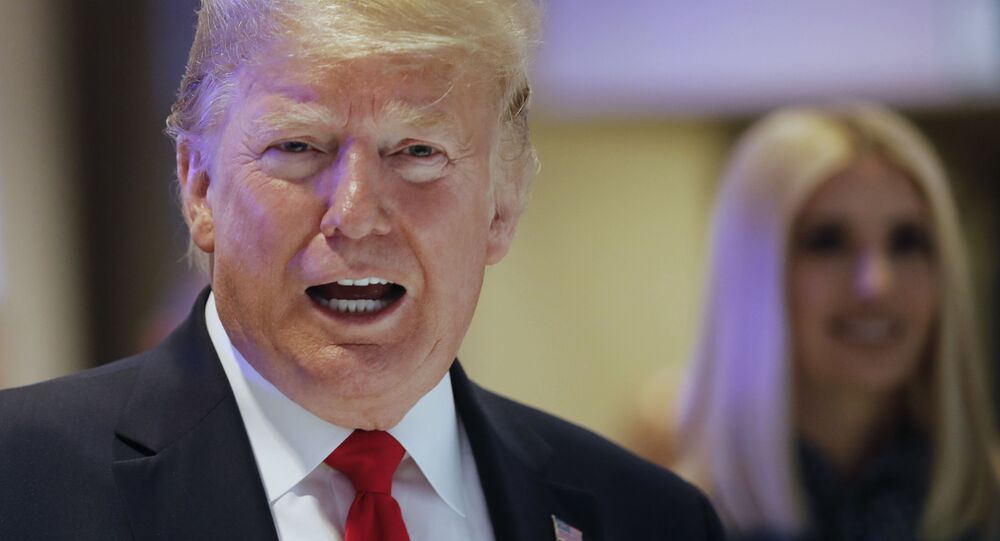 Although the Trump team was quick to call out Democratic Senator Kamala Harris as "a phony" lawmaker who has "gleefully embraced the left's radical manifesto" following her nomination as Joe Biden's running mate, it appears Donald Trump and his eldest daughter Ivanka had earlier donated to Harris in her campaigns for California district attorney and attorney general from 2011 until 2014.

Both financially contributed to Harris as private citizens, according to California state records, with the donations amounting to a total of $8,000 - a fact that was eagerly picked up on by netizens.

Harris' campaign spokesman Ian Sams later said that Kamala donated the $6,000 Trump contributed to a non-profit that advocates for civil and human rights for Central Americans. But that donation wasn't finalised until 2015, a year after she won re-election for attorney general and when she was already focusing on a Senate seat.

"She TOOK the money from Trump..doesn't matter how she decided to use it", one Twitterian fumed, with another, stating likewise:

"One year later means she used it".

"So he can hardly attack her as incompetent or corrupt or whatever since he already endorsed her—twice", another assumed.

However, some believe there is nothing wrong in such contributions, which doesn't mean Harris "glad-handed Trump":

Its a donation.. its not like they personally handed her a check. Every campaign goes thru that... every single one. you can't vet American citizens who donate to you beforehand.

You make it sound like they attended a fundraiser and she glad-handed them.

Some users went on to point out there could hardly be any controversy in the news, as Trump was a businessman at the time, and top of it, was a registered Democrat:

Trump also had Bill and Hillary Clinton as guests at his wedding to MELANIA. Trump also tweeted that Obama spoke for HIM AND America when Obama spoke out after Sandy Hook. Trump was a registered Democrat most of his life! A fact I'm sure many of his supporters STILL don't know!

"He should donate again in 2020. And mail-in vote for her. What does he have to lose?", another cheekily remarked, while many more giggled at the news:

"Phony Kamala will abandon her own morals, as well as try to bury her record as a prosecutor, in order to appease the anti-police extremists controlling the Democrat Party", Trump campaign adviser Katrina Pierson said in a recent statement. "She is proof that Joe Biden is an empty shell being filled with the extreme agenda of the radicals on the left".

President Trump made it clear that he echoed the stance by posting a campaign ad branding Harris as a "radical-left" Democrat. During a White House briefing he told reporters that she "did very poorly in the primaries. Many people did much better than her, and that's like a poll", POTUS asserted, going on to share his belief that Harris was "the meanest, the most disrespectful of anyone in the US Senate" during the confirmation process of Supreme Court Justice Brett Kavanaugh, who was last year cleared of long-standing allegations of sexual abuse.

Trump, however, didn't stop to answer a question shouted at him about his donations to Harris as he was already half way out of the room.

In 2015, he stated though, that his bipartisan donations were a clear-cut business strategy.

"I give to to everybody", he said in a debate in 2015. "They call, I give. And you know what, when I need something from them two years later, three years later, I call them, they are there for me".