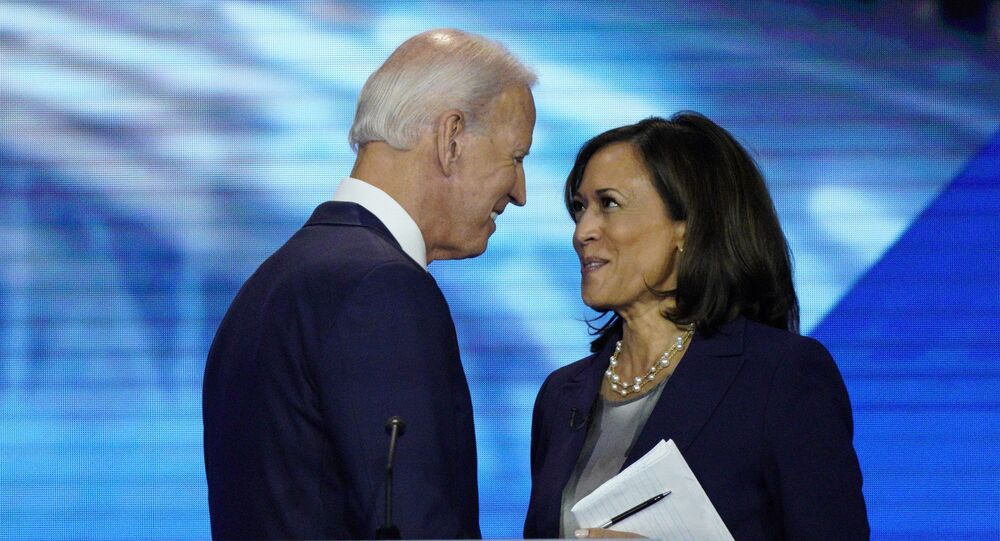 Social media activity related to the US’ ongoing protests and the COVID-19 novel coronavirus pandemic took a backseat for a few hours on Tuesday as politicos and everyday netizens provided their opinions on former US Vice President and Democratic presidential nominee Joe Biden’s selection of Sen. Kamala Harris (D-CA) as his running mate.

Former US President Barack Obama issued a statement via social media on Tuesday, expressing that he has known Harris “for a long time” and believes “she is more than prepared for the job.”

I’ve known Senator @KamalaHarris for a long time. She is more than prepared for the job. She’s spent her career defending our Constitution and fighting for folks who need a fair shake. This is a good day for our country. Now let’s go win this thing. pic.twitter.com/duJhFhWp6g

Several other political figures and notable Democrats expressed their support for the new Biden-Harris campaign.

Congratulations to @KamalaHarris, who will make history as our next Vice President. She understands what it takes to stand up for working people, fight for health care for all, and take down the most corrupt administration in history. Let’s get to work and win.

.@JoeBiden’s naming of Sen. @KamalaHarris Harris as the Democratic nominee for Vice President marks an historic and proud milestone for our country. As Vice President, Senator Harris will continue her legacy of trailblazing leadership to move our nation forward.

It’s worth noting that Harris, an alumna of Howard University, will be the first graduate of a historically Black college or university tapped for a US presidential ticket in a major political party.

From the Hilltop to Capitol Hill, congratulations to our alumna, Senator @KamalaHarris, The democratic candidate for Vice President of the United States. pic.twitter.com/qe4T1j2kbk

US President Donald Trump’s “War Room” also released a presumably premade video highlighting why it believes Biden and Harris are “wrong for America.”

Supporters of the US president also get their jabs in - with most of them relating to Harris’ criticism of Biden’s stance on desegregation busing.

Biden-Harris. First time in awhile that the Democratic ticket hasn’t had a Catholic on it. Sad.

Harris recently touched on the subject during an appearance on CBS’ “The Late Show with Steven Colbert.”

COLBERT: How'd you go from knocking Joe's record on busing and segregation to suddenly being great friends with him?
KAMALA: It was a debate! pic.twitter.com/SaTaajv54M

It was not only right-wing individuals who pushed back against Biden’s selection. A number of people opposed to Trump’s reelection also expressed their disappointment with their options come November.

Kamala Harris: “@JoeBiden, you have a track record of supporting racist policies like school busing in the 1970s.”

Also @KamalaHarris: “...but screw it! We all make mistakes! Now throw my name next to yours on that ticket!!”

I'm old enough to remember watching Kamala Harris rip Joe Biden to shreds on the debate stage over his opposition to desegregation busing, and Biden calling Harris out for her record as a Prosecutor.

Turns out neither of them really cared about racism or criminal justice reform!

The selection of Harris is not a surprise. It was either the prosecutor or the militarist, Rice, or some other right-winger. The Democratic Party is a party of Wall Street. Workers and youth must build a party for socialism, the Socialist Equality Party.

Although she was not selected as Biden’s VP, former Georgia lawmaker Stacy Abrams’ name was trending Tuesday on Twitter due to Trump supporters, many of whom likened the day’s results to her 2018 gubernatorial campaign loss to Georgia Governor Brian Kemp. Many view Kemp’s win as a product of voter suppression.

Stacy Abrams can now move on from her position as imaginary Governor of Georgia and become Biden’s imaginary VP pick!

Stacey Abrams should have been Joe Biden's pick... but she's got her plate full as imaginary Governor of Georgia.

Abrams herself expressed that she looks forward to doing all she can for the Biden-Harris ticket ahead of the November 3 election. Others previously considered for Biden’s running mate did the same.

I worked closely with her when I was in Sacramento and she was the District Attorney in San Francisco. I continue to work closely with her here in Washington, DC as we push to reform our nation's policing system. 2/

.@KamalaHarris will be a great partner to @JoeBiden in making our government a powerful force for good in the fight for social, racial, and economic justice. pic.twitter.com/q5ggXBro5B

I've never been more confident than I am today that Joe Biden is that leader. I'm all in for the Biden-Harris ticket and hope you will join me in helping ensure that he and Kamala are able to defeat Donald Trump and restore the soul of America this November.

My warmest congratulations to ⁦@KamalaHarris⁩. I am confident Biden-Harris will prove to be a winning ticket. I will do my utmost to help them win and govern. 👇🏽 pic.twitter.com/9pfJggZSV9

Senator @KamalaHarris is a fearless and proven champion for American families and the rule of law. Excited about this team and America's future. https://t.co/SjZcUUF0nQ