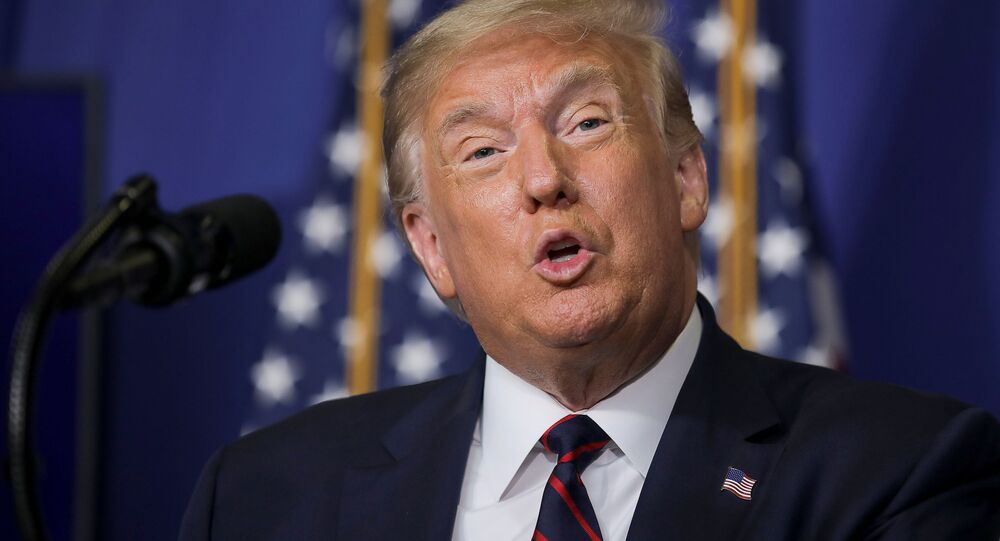 A major organisation representing domestic pharmaceutical firms warned of the consequences of two contradictory executive orders from the US president following partisan infighting on providing aid to tackle the ongoing coronavirus pandemic, it was announced on Thursday.

US President Donald Trump has been creating "barriers" to biopharmaceutical innovation amid the fight against COVID-19, Pharmaceutical Research and Manufacturers of America chief executive Stephen J Ubl said in a statement.

Pharmaceutical companies were "working around the clock" to develop a vaccine and further treatments but executive orders imposed by the US president had been adding "another roadblock, making it harder to fight this pandemic", he said.

But the Trump Administration had been forcing biopharmaceutical firms to shift "critical attention and resources" away from work on COVID-19 to restructuring business models to comply with the executive orders.

Boosting domestic medicines was a "laudable goal" but could not "happen overnight" and at the expense of medical innovation.

“The recent executive orders also contradict and undermine each other, creating chaos in an industry that is on the frontlines of fighting COVID-19. With today’s ‘Buy American’ executive order, the administration effectively is taking the unprecedented step of mandating manufacturing of medicines in the United States. Yet at the same time, through the ‘most favored nation’ executive order, the administration is creating a huge disincentive to invest in U.S. biopharmaceutical research and manufacturing," he said.

The orders resulted in lower investment in US innovation and possible long-term supply chain disruptions, including shortages, he said, adding it was the "opposite of what America needs right now".

He added the government should develop policies that that boosted domestic manufacturing without disrupting global supply chains at risk, stating: "None of these executive orders will help patients access or afford their medicines".

The news comes just hours after Trump signed the order in a bid to challenge alleged Chinese and Indian market dominance, which would require US government agencies to purchase "essential medicines that we need from American sources", he said in a speech in Ohio as quoted by CNN.

"The executive order will also sweep away unnecessary regulatory barriers to domestic pharmaceutical production and support advanced manufacturing processes that will keep our drug prices low and allow American companies to compete on the world's stage," he added.

Four executive orders were signed to lower drug prices amid a major surge in coronavirus cases, it was reported in late July.

President Trump also said that a vaccine could be ready by 3 November, or Election Day, following a Department of Defence press statement it had "awarded $104m in contracts to procure syringes and safety needles".

To date, the US has surpassed 4.83m cases of the virus, resulting in over 160,000 registered deaths, figures show.