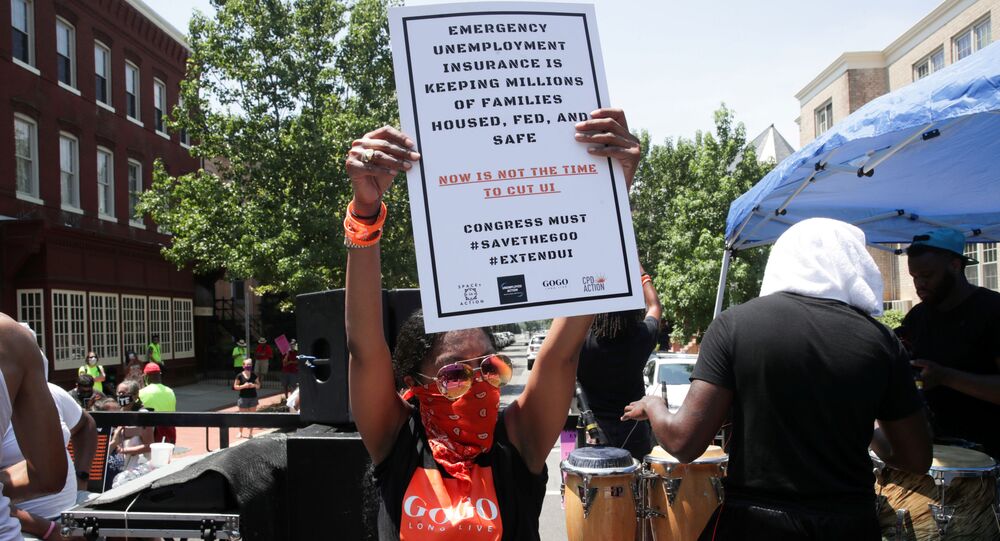 A new analysis has found that 5.4 million Americans are expected to have issues paying their bills by the end of August, following the July 31 expiration of the supplemental $600 unemployment insurance benefits provided by the US’ Coronavirus Aid, Relief and Economic Security (CARES) Act.

Morning Consult Economist John Leer revealed on Wednesday an estimated 5.4 million Americans who filed for unemployment will soon face tough financial decisions and may be put out off their homes, and congressional Republicans and Democrats continue to disagree on which, when and how Americans should receive financial assistance amid the ongoing COVID-19 novel coronavirus pandemic.

The analysis, which relied on data from monthly Morning Consult surveys administered in May, June and July, argued that without further income, 29% of the 18.5 million Americans receiving unemployment insurance benefits will be unable to pay for a variety of bills, such as rent, credit cards, health insurance, auto payments, food and clothing.

Since the expiration of $600 payouts under the CARES Act, monthly unemployment benefits now range from “less than $800 per month to over $1,600,” according to the data.

Around 44% of those receiving unemployment insurance will be paid less than $800 per month, which presents a grim picture for many furloughed and laid-off workers, who are estimated to spend at least $750 or more on basic expenses every month.

To make matters worse, White House Chief of Staff Mark Meadows told reporters on Wednesday that taxpayers can kiss their hopes of a second government-issued stimulus check goodbye if Democrats and Republicans don’t reach a deal by the week’s end, according to Fortune.

“I’ve become extremely doubtful that we’ll be able to make a deal if it goes well beyond Friday," he said, while Sen. Roy Blunt (R-MO) communicated to CNN on the same day that GOP leadership has said that “if there's not a deal by Friday, there won't be a deal.”

White House Press Secretary Kayleigh McEnany also ripped Democrats in Congress for the cost of their bill, arguing that they have “offered no concessions” and “offered no plans.”

“Their $3 trillion plan, they’ve now said, ‘Oh, it needs to be $3.4 trillion.’ When the president has had a very narrow, specific focus right now, it’s extending unemployment insurance, it’s making sure Americans don’t get evicted,” she argued to reporters on Tuesday.

Nevertheless, House Speaker Nancy Pelosi (D-CA) expressed to MSNBC that she is “confident” a deal will be made, although she remains unsure about a timetable, saying it “relates to the progress” made in the House of Representatives and Senate.

While Congress continues to debate the matter, Leer’s piece in the Morning Consult pushes back against the argument that an extension of the supplemental $600 unemployment insurance benefit would incentivize workers to not seek new employment amid the pandemic.

In fact, the analysis found the opposite to be true.

“In July, 62 percent of UI [unemployment insurance] recipients said that the value of their UI benefits were equal to or greater than what they made while working, up from 46 percent in May,” Leer wrote.

“This finding is broadly consistent with a University of Chicago study from May that found 68 percent of unemployed workers eligible for UI would receive benefits that exceed lost earnings.”

However, receiving benefit payments that approach what they would earn at work hasn’t made people less likely to seek employment, Leer said.

Will China and US Join Efforts to Restore Global Economy?