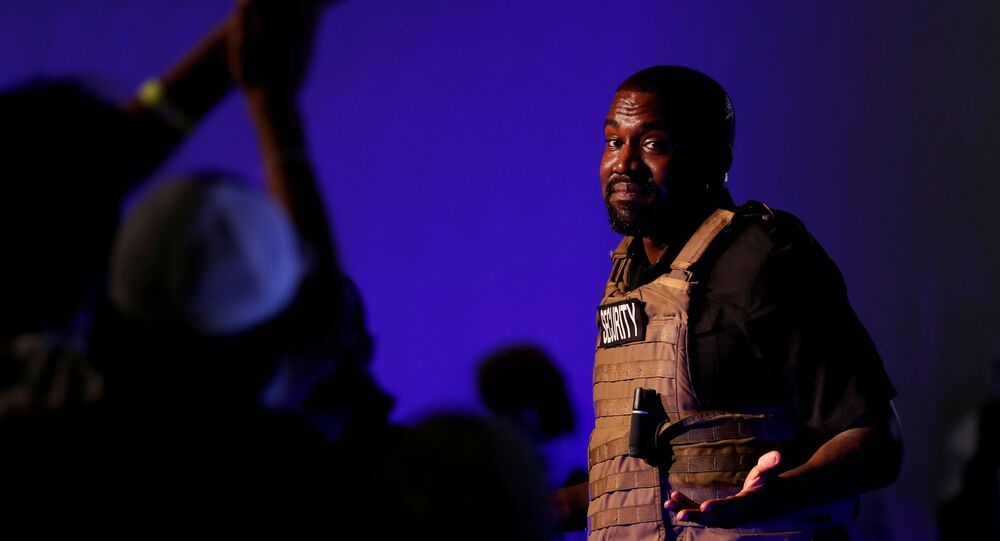 “No comment” as woman enters election commission building just after 5p in Madison to drop off signatures for Kanye West pic.twitter.com/zVxePn5Fe2

While Ruhland, who entered the building after regular office hours, declined to provide comment on how many signatures she was able to receive for West’s presidential campaign, Wisconsin law requires “a minimum of 2,000 valid signatures of Wisconsin electors on nomination papers, as well as a Declaration of Candidacy form for both the presidential and vice-presidential candidates.”

Ruhland is not the only GOP-affiliated individual who now has ties with the BDY nominee. Mark Jacoby, an executive who runs the signature-collecting company Let the Voters Decide, was hired by West to collect signatures in Ohio, Arkansas and West Virginia, according to TMZ.

West needs to amass a total of 5,000 signatures in Ohio by Wednesday at 5 p.m. local time to get on the state’s ballot. According to reporter Ben Jacobs, West filed prior to 3 p.m. local time on August 5 in the Buckeye State.

Arkansas and West Virginia required 1,000 and 7,000 signatures, respectively, by their August 3 deadlines. Both states are now in the process of verifying the signatures obtained by West’s campaign.

Jacoby was arrested back in 2008 on suspicion of voter registration fraud after he allegedly used the address of an old childhood home in Los Angeles, California, to register to vote in both 2006 and 2007, according to CBS News. The Los Angeles Times later reported that Jacoby pleaded guilty in June 2009 to the misdemeanor and was sentenced to 36 months of probation and 30 days of service with the California Department of Transportation.

“We do not comment on any current clients, but like all Americans, anyone who is qualified to stand for election has the right to run,” Jacoby said in a statement, as reported by the New York Times on Tuesday. He also claimed that his company is nonpartisan.

Former Executive Director of the American Conservative Union Gregg Keller was notably listed as a person of contact for West’s Arkansas petition to get on the November ballot.

.@RGreggKeller, a veteran Republican operative, was listed as the point of contact on Kanye West's submission to get on the ballot in Arkansas pic.twitter.com/4TNZhr6rfm

The Missouri-based strategist was once considered for the position of US President Donald Trump’s campaign manager in 2015, but ultimately lost the spot to Corey Lewandowski.

Chuck Wilton, a Vermont-based convention delegate for Trump, was listed as one of three electors in West’s Vermont filing on Monday.

“Somebody said that Vermont needs electors for certain people and [it was] something I said that I’m more than willing to do,” he said, as reported by New York Magazine’s Intelligencer. He added that he viewed West as someone with “center-right” political views.

His wife, Wendy Wilton, was appointed as state executive director for the US Department of Agriculture Vermont Farm Service Agency by the Trump administration in 2017.

Despite West seeking assistance from former associates of Trump’s campaign, the rapper-turned-politician told Forbes last month that he is no longer backing the US president - especially after reports of Trump “hiding” in a bunker on May 29 amid protests in Washington, DC.

“It looks like one big mess to me,” West told the business magazine. “I don’t like that I caught wind that he hid in the bunker.”