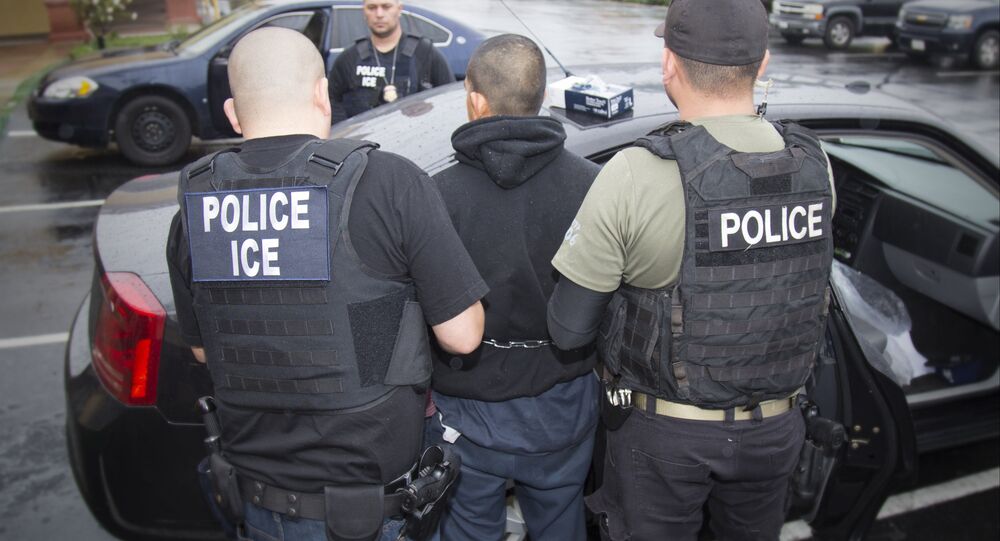 According to a report by the New York Times, two Netflix filmmakers who filmed approved, behind-the-scenes footage with the US Immigration and Customs Enforcement (ICE) for two and a half years are now being threatened by the same government authorities.

New York Times reporter Caitlin Dickerson broke the story on Thursday that filmmaking couple Christina Clusiau and Shaul Schwarz have recently been on the receiving end of “combative” conduct from ICE.

Schwarz and Clusiau detailed that a federal government official who oversees ICE’s television and film department has been threatening them through a series of heated phone calls and emails. The alleged threats come as footage obtained by the couple is set to air in “Immigration Nation” - a six-part Netflix series.

The two filmmakers noted that the official specifically threatened to use the government’s “full weight” to block scenes from airing that present the agency in a bad light.

The unnamed official also stressed that it would be the couple’s “little production company,” rather than distributor Netflix, that suffers, the Times reported.

Schwarz and Clusiau said they were told that the reaction to their project is in line with sentiments that go “all the way to the top” in the Trump administration. The agency is also seeking to have the series delayed until after the November presidential election.

“Experiencing them is painful and scary and intimidating and at the same time angering and makes you want to fight to do the story,” Schwarz said, adding that the threats from the Trump administration did not stop production.

With a hardline immigration policy at the core of its domestic policy agenda, the Trump administration has provoked extensive protests against agencies like ICE that are responsible for arrests, incarceration, and deportation of immigrants in the US. The recent protests against systemic racism in the US, and the presence of ICE and other Department of Homeland Security police officers at protests across the country, has only renewed demands for ICE to be reined in or abolished completely.

“The men and women of ICE perform outstanding work daily that often goes unnoticed or is misrepresented to the point of falsehood,” ICE press secretary Jenny L. Burke said in a statement to the New York Times.

“ICE is firmly committed to carrying out the agency’s sworn duty to enforce federal law as passed by Congress professionally, consistently and in full compliance with federal law and agency policies.”