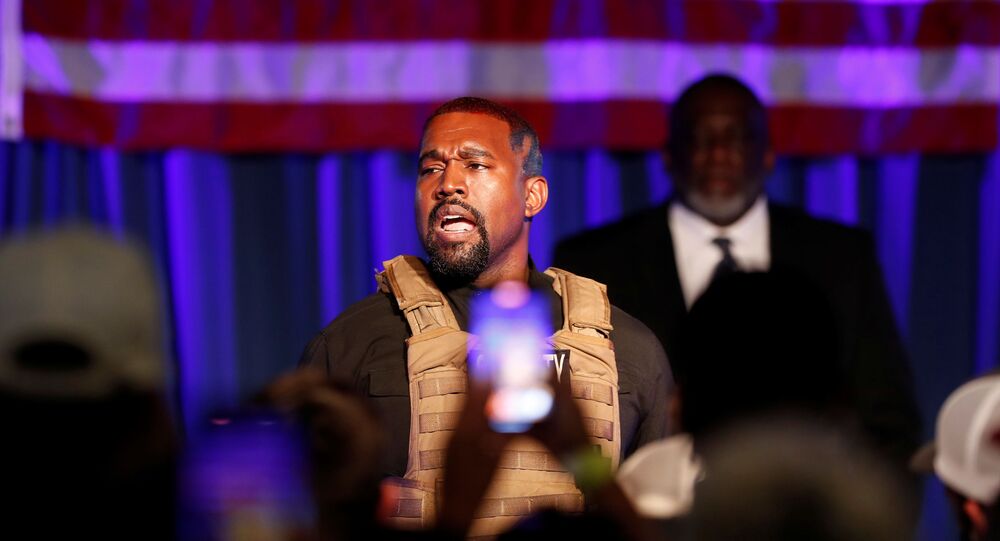 West previously missed the registration deadlines in a number of US states, including Texas, but qualified for the presidential ballot in Oklahoma by paying a fee.

Representatives for Kanye West have filed signatures for the rapper to appear on the US presidential ballot in the state of Illinois, just four minutes before the State Board of Elections deadline on 5 pm local time, Fox News reported, citing a spokesperson.

At least 2,500 signatures of registered Illinois voters are required to get on the ballot. West's representatives have submitted 412 petition sheets, and each page usually contains 10 names. Election officials are to count the signatures.

On Sunday, West held his first campaign rally in South Carolina, appearing rather emotional. The rapper talked about God, abortion, shared his personal life details, even cried, but did not elaborate on his actual political plans for America.

West, who has recently said he has been diagnosed with bipolar disorder, announced his presidential bid on Independence Day. He had previously expressed support for President Donald Trump and met with him in the Oval Office in October 2018.

If no objections to his candidacy are presented to the Board of Elections before 21 August, West is going to appear on the ballot as an independent candidate in his home state of Illinois.