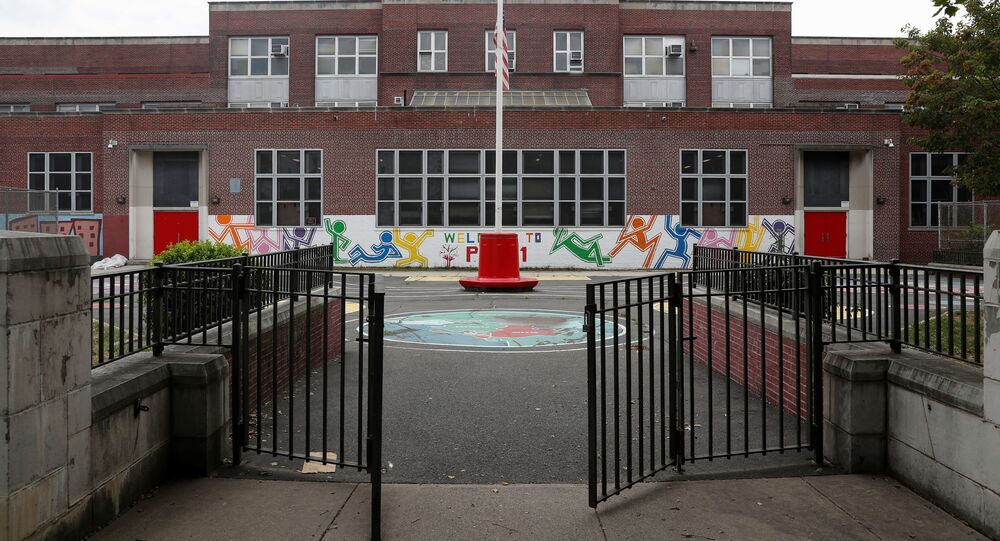 Starting Wednesday, the Trump administration is demanding that US hospitals bypass the US Centers for Disease Control and Prevention (CDC) and send all COVID-19 data to a central database in Washington, DC. Meanwhile, biopharmaceutical company Moderna’s shares rose after it said its potential vaccine produced a “robust” immune response.

The Trump administration’s new order to send all COVID-19 data to a central database was outlined in a document recently posted by the Department of Health and Human Services (HHS). The document states that starting Wednesday, the HHS, instead of the CDC, will be responsible for daily reports regarding the COVID-19 pandemic. Such data will include information how many patients hospitals are treating and how many beds and ventilators are available.

Many public health experts have expressed concern over the move, fearing that the Trump administration, which they say has been mismanaging the pandemic, may distort the data to downplay the extent of the outbreaks.

“Centralizing control of all data under the umbrella of an inherently political apparatus is dangerous and breeds distrust,” Nicole Lurie, who served as assistant secretary for preparedness and response under former US President Barack Obama, recently told the New York Times. “It appears to cut off the ability of agencies like CDC to do its basic job.”

Meanwhile, tensions have been rising between Democrats and Republicans after Education Secretary Betsy DeVos revealed Sunday that schools will fully reopen in the fall, a position that has US President Donald Trump’s full support.

Despite DeVos’ assertions that children must go back to school in the fall, she didn’t provide information during Sunday morning interviews with CNN and Fox News on how schools would safely reopen amid the pandemic.

During her appearance on “Fox News Sunday,” DeVos also threatened to cut funding for schools that refuse to reopen.

“American investment and education is a promise to students and their families,” DeVos said. “If schools aren’t going to reopen and not fulfill that promise, they shouldn’t get the funds. Then give it to the families to decide to go to a school that is going to meet that promise.”

In an interview with Sputnik on Tuesday, Karla Reyes, a New York public school teacher and a managing editor of the women’s magazine Breaking the Chains, called DeVos’ position “disgusting.”

“I think this is absolutely disgusting and horrific, the fact that children’s lives are being viewed as disposable,” Reyes told Loud & Clear host John Kiriakou.

“But it’s not just the children. It’s the family that they live with, and then those families are also workers who are interacting with more people every day. And then it’s the teachers who are also parents and have families and are part of these communities,” she said.

“DeVos is threatening to hold funding and threatening to hold federal funding … it’s targeting Title I schools, and Title I schools are schools that have a large proportion of students that receive free or reduced lunches,” Reyes noted. “Those are the students they are trying to take funding from … who are disproportionately Black and brown. This is in the middle of a global health crisis, national economic crisis and a crisis of racism that has been brewing over the last six weeks.”

Rick Ayers, a professor of education at the University of San Francisco and the author of “An Empty Seat in Class: Teaching and Learning after the Death of a Student,” told Sputnik that DeVos and the Trump administration only care about “starting the economy.”

“We have to remember the cynicism of the DeVos orders and of the whole way they are talking about opening is incredible … That’s the capitalist economy,” he said on Tuesday.

Also on Tuesday, Moderna’s stock price increased by more than 16% in after-hours trading after the company revealed that a potential vaccine to prevent COVID-19 had resulted in a “robust” immune response in all 45 patients in its human trial.

The study’s preliminary results were published in the New England Journal of Medicine on Tuesday and showed that the vaccine triggered an immune response against the virus, with only mild side effects. The drug has become the first vaccine candidate to be tested in the US to publish results in a peer-reviewed journal, according to US News.

US Consumer Prices Up 0.6% in June Despite New COVID-19 Wave