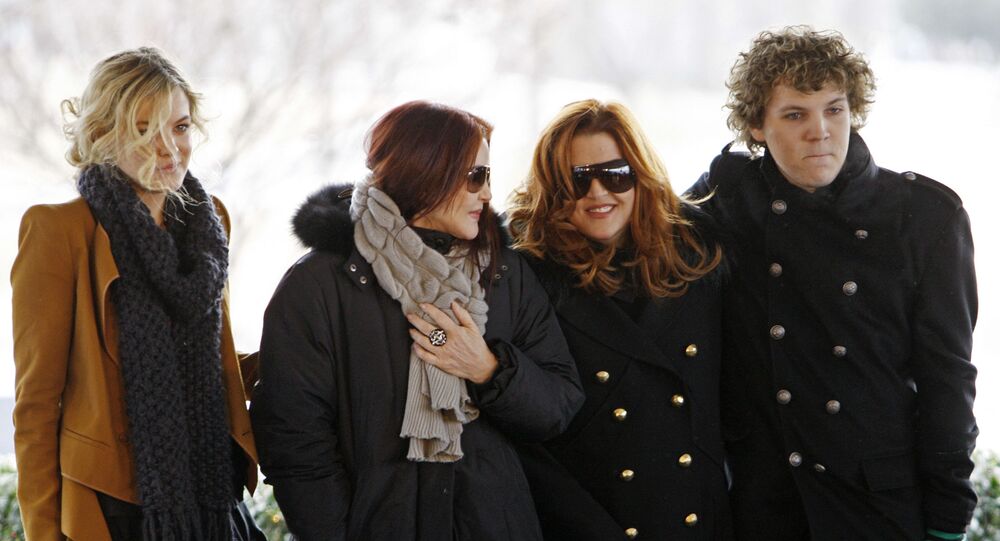 MOSCOW (Sputnik) - Benjamin Keough, the son of actress Lisa Marie Presley and the grandson of Elvis Presley, has died at the age of 27, Lisa Marie Presley's manager Roger Widynowski told USA Today in a statement.

"She is completely heartbroken, inconsolable and beyond devastated but trying to stay strong for her 11-year-old twins and her oldest daughter Riley. She adored that boy. He was the love of her life", Widynowski said on Sunday.

According to TMZ, Benjamin Keough, who is the son of singer-songwriter Danny Keough, died in Calabasas, California, from a self-inflicted gunshot wound.

The Los Angeles County Sheriff's Department said in a Facebook statement that it was investigating the death of a white male in Calabasas on Sunday, after a "rescue response" call.

"Los Angeles County Sheriff’s Homicide Bureau detectives are continuing their death investigation of a male White adult in his 20s, who was discovered in the 24800 block of Alexandra Court, Calabasas, on Sunday, 12 July 2020 at approximately 6:30 a.m. [13:30 GMT]", the statement says.

According to the release, the victim was found suffering from one gunshot wound to the upper torso and was pronounced dead at the scene. The police did not name the victim.

According to US media reports, Benjamin Keough made a deal with Universal Music when he was a teenager for $5 million, but no music appears to have been released under that deal.

Benjamin Keough’s grandfather, Elvis Presley, died on 16 August 1977 of a heart attack and use of multiple prescription drugs. Presley was 42 years old when he died.