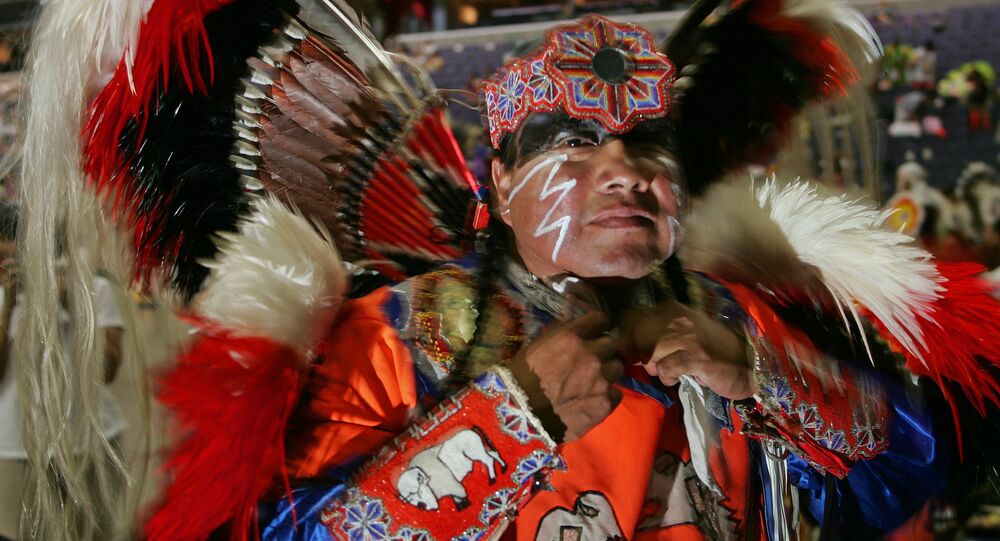 'Washington Next': Public Fumes as Supreme Court Rules Almost Half of Oklahoma is Native American

The case concerned an appeal by Jimcy McGirt, a Native American, who claimed his 1997 conviction for raping a child should be overturned because Oklahoma lacked jurisdiction to this end.

The US Supreme Court has ruled that about half of the state of Oklahoma, including its second-biggest city, Tulsa, belongs to Native Americans and makes up their reservation area.

Jimcy McGirt, a member of the Seminole Nation, who was convicted in 1997 of raping a 4-year-old girl, brought the case citing the historical claim of the Muscogee (Creek) Nation to the land where the rape occurred.

Thursday’s ruling, historic for the indigenous population of the area, quashed McGirt’s conviction, which now essentially means that some tribe members prosecuted in state courts for offences committed on the said land can now challenge their convictions, unless they are brought against them by federal prosecutors.

The fresh ruling overturned McGirt's prison sentence, but the 71-year-old man, who hadn’t previously denied his guilt, could, however, be tried in a federal court.

Justice Neil Gorsuch, a conservative appointed by US President Donald Trump, sided with the court's four liberals and wrote his opinion bringing up the Trail of Tears, the forcible relocation of Native Americans in the 19th century, including the Creek Nation, to Oklahoma.

The US government said at the time that the new land would belong to the relocated tribes forever.

"Today we are asked whether the land these treaties promised remains an Indian reservation for purposes of federal criminal law", Justice Gorsuch noted in his written statement, arguing that as "Congress has not said otherwise, we hold the government to its word".

For their part, the Five Tribes of Oklahoma - Cherokee, Chickasaw, Choctaw, Seminole, and Muscogee Nation - praised the Supreme Court’s decision voicing plans to work jointly with federal and state authorities to agree shared jurisdiction over the land, inhabited by 1.8 million, 15 percent of whom are Native Americans.

"This is a historic win for the Creek Nation in Oklahoma and tribes everywhere", tweeted Democratic Senator for California Kamala Harris, with others echoing the stance:

A WIN FOR MY PEOPLE!!
THE U.S. SUPREME COURT RULES HALF OF OKLAHOMA A NATIVE AMERICAN RESERVATION!! pic.twitter.com/uA3vxboprO

It’s absolutely accurate to say the Choctaw Nation takes better care of Oklahomans than the state government does. So thrilled for this move towards sovereignty but, given the current political landscape, staying cautiously optimistic.

"For Indian people, their land is really important and treaties are really important. They're sacred", says law dean Kevin Washburn, who is part of the Chickasaw Nation of Oklahoma. Washburn went on to state that "this reaffirms the sacredness of those promises and those treaties".

However, there were no less opposed to the move, with Chief Justice John Roberts warning about the decision potentially destabilising the state's courts and depriving them of their powers.

"The State's ability to prosecute serious crimes will be hobbled and decades of past convictions could well be thrown out", he warned apparently referencing McGirt's atrocious crime.

Many took to Twitter to directly point to the apparent downsides of the court’s move:

The world has gone mad

Many white folks woke up today to find out they're now on Native controlled land.https://t.co/n5nWBkHP34

"This is the case Trump should have been tweeting about, if he cared about anything other than himself", wrote Ann Coulter, ex-Trump loyalist and now a fierce critic of the president.

"The case concerned Jimcy McGirt, a member of the Muscogee (Creek) Nation who was convicted of sex crimes against a child"https://t.co/8a3tRoxm7w

"Does that mean the home owners get Indian tax breaks now? Asking for a friend…", one wrote bringing up that the ruling will make tribe members who live within the boundaries also exempt from state taxes, according to Reuters. "…a ruling that could potentially free a convicted pedophile", another stressed with disdain.

>half of Oklahoma has inadvertently become Native American territory as a result of a ruling that could potentially free a convicted pedophile pic.twitter.com/EX9bU6NnPu

"Defund the Supreme Court", another raged, with Texas Senator Ted Cruz laconically wading in: "Washington next".

"Now build the wall. Keep Trump out", another quipped.

As per an analysis by The Atlantic magazine of Oklahoma Department of Corrections, records show that 1,887 Native Americans were in prison as of the end of last year for offences committed within the boundaries of the tribal territory. However, fewer than one in 10 of those criminal cases would qualify for a new federal trial, according to the research.