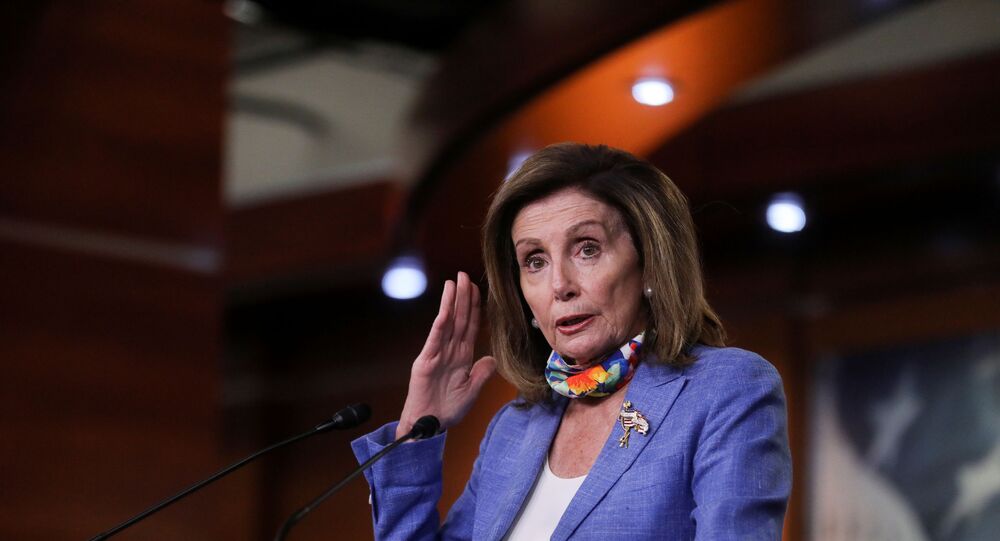 In many cities across the United States, statues depicting former Confederate generals, presidents who owned slaves, or other historical figures somehow associated with slavery have been targeted by anti-racism protesters following the death of Minneapolis resident George Floyd.

House Speaker Nancy Pelosi has refused to criticise protesters who destroyed the Christopher Columbus statue near Little Italy in Baltimore, the fifteenth-century Italian explorer who was said to have discovered North America.

"People will do what they do", Pelosi said at a news conference on Thursday, when asked if a commission and not angry protesters should decide which monuments should be pulled down. "I don't know that has to be a commission but it could be a community view."

Pelosi, who herself is of Italian origin and grew up in Baltimore, said it was "up to the communities to decide what statues they want to see" and added that the monument destruction in no way diminished her dignity as an Italian-American.

The monument was pulled down and then pushed into Inner Harbour on Independence Day, 4 July, with protesters chanting and clapping, according to footage shared online.

Pelosi, who earlier called on the government to remove statues and names honouring Confederate leaders from the US Capitol and military bases, explained she was more enthusiastic about looking forward and not holding on to the past. "I don't even have my grandmother's earrings", she said.

Baltimore's Mayor Bernard Young, however, said he would not tolerate property destruction in his city and vowed that the perpetrators would be brought to justice.