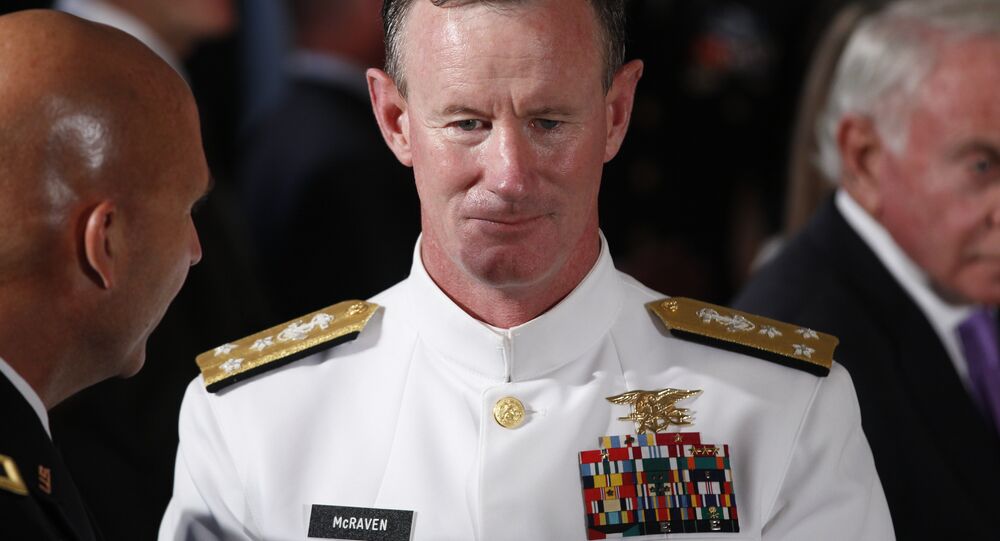 Since retiring from the military in the mid-2010s, William McRaven has repeatedly called on the US to double down on science and technology education investment by the federal government, and warned that a failure to do so would ensure that China surges ahead in the global technological competition while the US stagnates.

Retired Admiral and former Navy SEAL McRaven, best known for organising and executing Operation Neptune Spear, the 2011 special ops raid to kill al-Qaeda* leader Osama bin Laden, has stepped up his criticism of the US education system, this time focusing on kindergarten to grade 12.

“When I was chancellor [of the University of Texas] I would have a lot of town hall meetings, or meetings with our alumni, and that question [of K-12 education] always came up,” McRaven said, speaking at the online Aspen Ideas Festival conference last week.

“They would always ask…’What’s your Number 1 national security issue?’ I think my answer always surprised them. I said ‘K through 12 education’… I stand by that. And it wasn’t because I was chancellor. It was because I recognise that unless we are giving opportunity and a quality education to the young men and women in the United States, then we won’t have the right people to be able to make the right decisions about our national security. They won’t have an understanding of different cultures, they won’t have an understanding of different ideas. They won’t be critical thinkers.”

“So we have got to have an education system within the United States that really does teach and educate young men and women to think critically, to look outside their small microcosm. Because if we don’t develop those great folks, our national security in the long run may be in jeopardy,” McRaven warned.

Part of the problem, the retired admiral said, is a lack of a “culture of education” in local communities, sometimes due to prevailing inequalities. He insisted, however, that “there is a school out there for every man and woman in the United States,” no matter the extent of one’s educational capacity.

The retired admiral’s comments echo a report he presented to the Council on Foreign Relations think tank in 2019 in which he faulted a lack of federal funding for science and technology education for US technological stagnation and China’s rise. McCraven pointed out that while China has launched government-led investments and worked to increase numbers of science and education graduates while mobilizing global tech companies, the US’s lack of federal support for R&D and a private-sector investment-focused approach has caused problems which can lead to “long-term negative economic and national security consequences.”

Education experts have criticised America’s declining educational standards, particularly in maths and the hard sciences, for many years. In 2011, US theoretical physicist and populariser of science Dr. Michio Kaku famously compared the US education system to that of a third world nation, and argued that the H-1B genius visa was America’s real “secret weapon” enabling it to maintain its technological edge against the rest of the world.

Last month, the Trump administrations suspended the issuance of H-1B visas until the end of 2020, barring hundreds of thousands of foreign nationals from employment or work-study programmes in the US, ostensibly to provide more American citizens with opportunities to get good-paying jobs.

COVID-19: 'Part of the Solution Does Need to be Around Education,' Academic Says