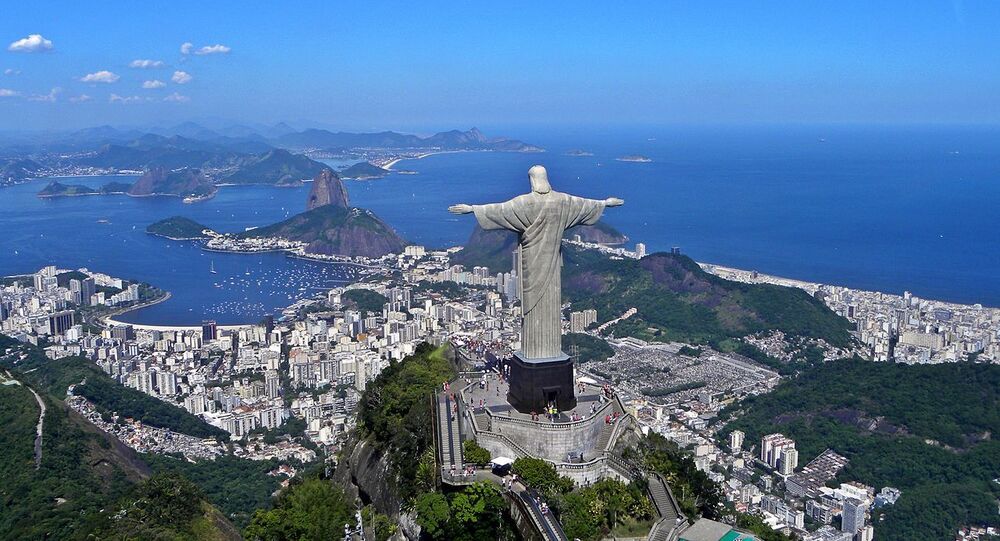 As the US continues to identify new cases of the COVID-19 novel coronavirus, the reelection campaign of US President Donald Trump and Vice President Mike Pence has turned its attention away from the pandemic and is now focusing on the protection of monuments, including the Christ the Redeemer statue in Rio de Janeiro, Brazil.

“Angry mobs are trying to tear down statues of our Founders, deface our most sacred memorials, and unleash a wave of violent crime in our cities,” Trump said during his polarizing Fourth of July address at Mount Rushmore on land stolen from the Sioux in Keystone, South Dakota.

In an attempt to leverage this rhetoric into votes in November, the Trump-Pence reelection campaign released an advertisement over the weekend which featured a vow to protect Rio de Janeiro’s “Christ the Redeemer” statue - despite its lack of connection to the US.

Daily Beast reporter Lachlan Markay took to Twitter on Monday to call attention to the campaign team’s flub. According to Markay, the image may have been selected from the free stock image database Unsplash.

While Arkansas’ Christ of the Ozarks was inspired by the Rio de Janeiro-based statue, it’s unlikely that the two figures were mixed up by the campaign team.

Advertising data obtained via Facebook by the Daily Beast noted that somewhere between $14,000 and $22,000 was spent by the Trump Make America Great Again Committee to feature the ad on Facebook and Instagram over the weekend.

Naturally, many netizens were puzzled by what the campaign was trying to convey, and others chose to create their own ads featuring other non-American statues.

Is one really more ridiculous than the other? pic.twitter.com/l4bpuYwWcM

WE WILL PROTECT THIS pic.twitter.com/mZ40Nxe1Qi

The US president issued an executive order late last month which targeted “anarchists and left-wing extremists” and their “violent” campaign against “public monuments, memorials, and statues.” The order included a warning that those who deface “depictions of Jesus or other religious figures or religious art work” will be prosecuted “to the fullest extent permitted under Federal Law.”

He also took particular interest in the Washington, DC, statue created in the likeness of former US President Andrew Jackson, demanding “10 year prison sentences” for those allegedly involved in vandalizing the bronze figure in late June.

US Issues Visa Restrictions on Chinese Officials Over Tibetan Access