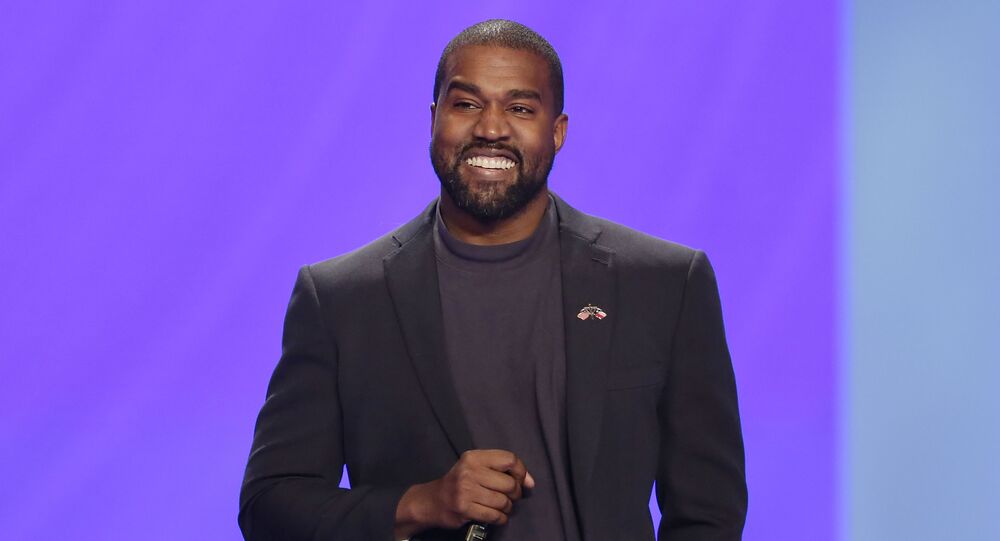 Kanye West is an American rapper, designer, producer and one of the world's best selling music artists, who earlier voiced his intentions to run for the Oval office.

US hip-hop artist Kanye West has tweeted that he is running for president of the United States, adding the hashtag #2020VISION and saying that it is important to "realize the promise of America by trusting God, unifying our vision and building our future".

West expressed his desire to run for US president earlier, saying in 2018 that he was weighing the possibility of running in 2024, and teasing in 2015 to join the presidential race in 2020.

We must now realize the promise of America by trusting God, unifying our vision and building our future. I am running for president of the United States 🇺🇸! #2020VISION

​His ambitions were immediately supported by Elon Musk, SpaceX and Tesla CEO.

You have my full support!

And Musk was not the only one to endorse the rapper, as netizens promised to vote Kanye if he runs.

I will be voting for Kanye West for President. pic.twitter.com/GEHqH4jblc

Is @elonmusk gonna be your VP?!

​In 2015, when announcing his intention to run for president for the first time, the rapper noted that his main concern was the "medical industry".

West is also known for his vocal support of incumbent US President Donald Trump, tweeting in his defence and posting a "Make America Great Again" picture, with Trump later retweeting some of his posts. In an interview to GQ in January, the rapper said that he was planning to vote for Trump in the upcoming elections.

Trump praised West in 2018 during a speech at the Young Black Leadership Summit, calling him "the most powerful man in all of politics". In October of that same year, Trump and West met at the White House.

In 2019, West expressed his opposition to abortion and condemned those who, he said, try to take religion out of everyday life.

If the rapper takes the Oval, and it is 2020 so anything could happen at this point, it would make him a third US president with a former career in show business, following Ronald Reagan and Trump.