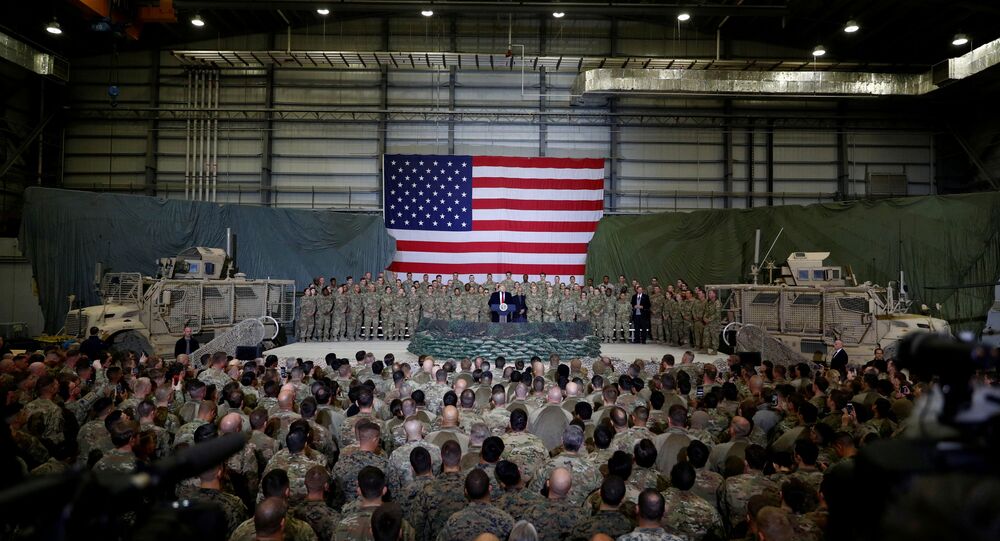 A New York Times report has claimed, citing officials with knowledge of intelligence, that Trump had known for months but ignored briefings that Russia had offered cash rewards to Afghan militants for killing US troops. Both Russia and the Taliban denied the report, and the White House said Trump had not been aware of the information.

Joe Biden has slammed Donald Trump over a report that the US president failed to act on intelligence “findings” about an alleged Russian plot against US troops in Afghanistan.

“The truly shocking revelation that if the Times report is true…is that President Trump, the commander in chief of American troops serving in a dangerous theatre of war, has known about this for months, according to the Times, and done worse than nothing”, Biden said during a virtual town hall on Saturday.

The presumptive Democratic nominee, who was among those senators who authorised Bush to invade Iraq, called the report a “betrayal of the most sacred duty we bear as a nation — to protect and equip our troops when we send them into harm’s way”.

Biden added that he was “quite frankly outraged” by the report, promising to confront Russia and “impose serious costs” on the country if he gets elected.

According to The New York Times, American intelligence officials concluded months ago that Russia had offered bounties to kill US troops in Afghanistan amid peace talks between the Trump administration and the Taliban last year.

The story claimed that the National Security Council discussed the matter in March and that Trump had been personally briefed but did not react. Democratic Senator Tammy Duckworth has called for a hearing into the report, claiming that Trump has “encouraged Russia to interfere in our democracy”.

The United States started a war in Afghanistan, then controlled by the Taliban, in 2001 in response to the 9/11 attacks that were blamed on Osama bin Laden, who was supposedly hiding out in the Central Asian country.

More than 111,000 Afghans and over 2,400 US troops have been killed since the invasion, which ousted the Taliban from power but failed to completely end the insurgency. The Trump administration signed a peace deal with the militants this February, following 18 months of on-and-off negotiations, although ongoing attacks against both troops and civilians have brought the viability of that deal into question.

The NYT quoted a spokesman for the Taliban as denying the claims about Russian rewards and calling the report an attempt to defame the movement. “These kinds of deals with the Russian intelligence agency are baseless — our target killings and assassinations were ongoing in years before, and we did it on our own resources”, the spokesman said. “That changed after our deal with the Americans, and their lives are secure and we don’t attack them”.

Russia also denied the accusations and said that employees at its US Embassy had received threats after the publication.

“This blunt story vividly illustrates the low intellectual abilities of US intelligence's propaganda staff, who instead of making up something more elaborate has come up with such nonsense”, a Russian Foreign Ministry spokesperson said on Saturday, adding: “What else one can expect from the intelligence that has miserably failed to succeed in the 20-year war in Afghanistan”.

The White House did not address the veracity of the bounty intelligence, but maintained that neither President Donald Trump nor Vice President Mike Pence were briefed on it.