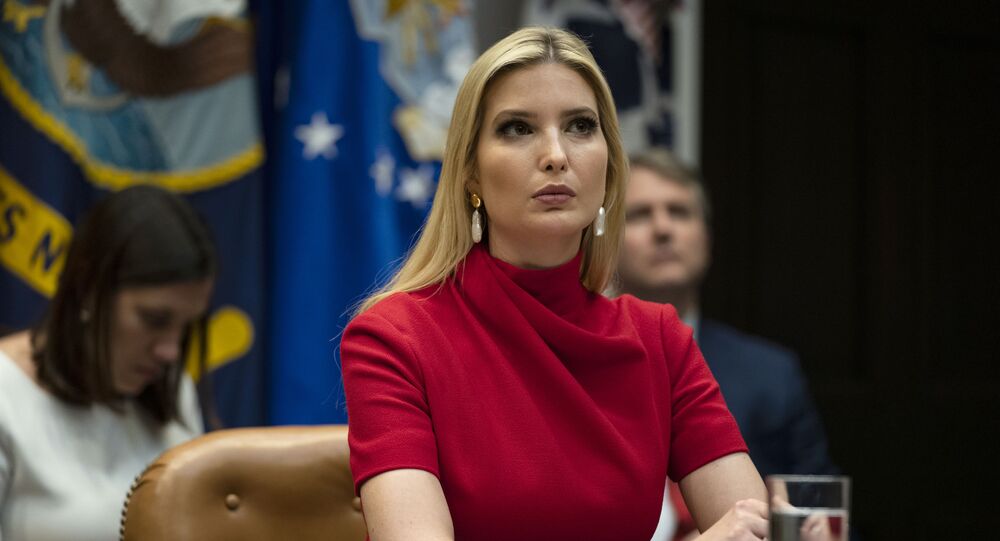 The development comes as a host of private companies, including Apple, Lockheed Martin and Siemens have joined a Trump administration initiative geared toward promoting multiple education and training pathways, likely benefiting those who did not attend university.

Ivanka Trump has announced the penning of a new Executive Order (EO) in hiring for federal government jobs that will privilege skill sets over university degrees.

Ivanka- who doubles up as an advisor to her father, President Trump - has said that the new policy would make room for the “talents and competencies of all Americans” to be considered for federal employment and will ensure that government agencies move beyond “outdated degree requirements” in the hiring process.

“You are once again leading by example today with the EO signing. As the nation’s largest employer, we are always seeking to retain the best and the brightest to serve the American people” Ms. Trump said sat next to her father as he unveiled the new bill.

“Today we’re taking that next step, as you mentioned, and signing an executive order that directs federal agencies to hire based on skills and knowledge not just outdated degree requirements,” she added.

16M+ new training & education opportunities are the result of our #PledgetoAmericasWorkers call-to-action.@realDonaldTrump cont to create a more robust & inclusive economy by signing a Skills 1st EO ensuring his Admin hires not just on the basis of outdated degree requirements. pic.twitter.com/h6KKJMrT6R

President Trump himself weighed in, saying that, “the federal government will no longer be narrowly focused on where you went to school but the skills and talents that you bring to the job.”

The order was introduced to the public as part of a broader shift in the direction of the hiring processes used by the US’ largest employer - the federal government, which recruits 2.1 million civilians workers - in advance of an upcoming meeting to be held by the American Workforce Policy Advisory Board. Ivanka - who sits as the co-chair of the board - has previously stated that it is her mission to improve recruitment requirements to diversify the types of individuals that work for the US government.

Reportedly, the White House is not totally scrapping degree requirements, but is instead emphasising skill sets for particular jobs that do not necessarily require a degree. The aim of the initiative, according to the Trump Administration, is to underscore the fact that while degrees may be important in some respects, there is much learning that goes on outside of the lecture theatre and that this fact should be reflected in the federal government’s workforce.

During the unveiling of the order, Ivanka also praised her father for his response to the Coronavirus, saying that, “last December, you fought for and secured paid leave for every federal worker.”

“This was a first - creating a workplace that reflect our American values of both work and family and helping us retain talent. It’s also why you fought so hard this spring when COVID hit to secure paid sick leave for Americans employed by small businesses and additional funding for childcare providers… helping millions and millions of Americans remain employed and providing relief to small businesses across the country,” Ivanka added.

Some Twitter users jumped at the chance to give their opinions on whether they believe policy is a good idea.

Beware the Honeytrump! She may look sweet, but...

Transitioning from nepotism to skills? I'll believe it when I see it.

Ivanka, another win for the #American people. Thank you for your tireless efforts.