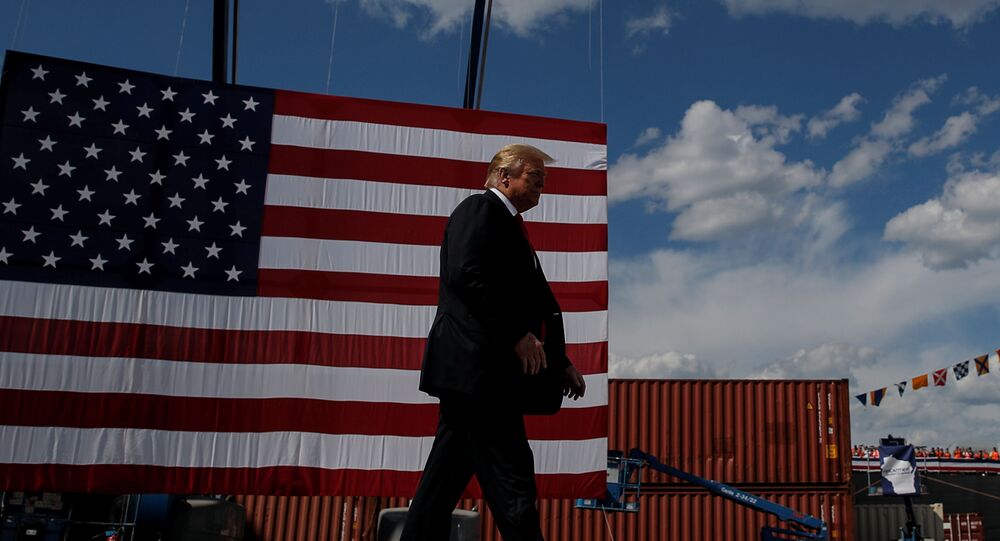 Trump Compares Situation in Chicago, Several Other US Cities to 'Living in Hell'

Trump also called those who deface monuments and statues in the wake of anti-racism protests in the United States "terrorists" and vowed they will have to pay for it.

President Donald Trump has singled out Chicago, Baltimore, Detroit and Oakland as highly-problematic, slamming their Democratic mayors for the high rates of homicide and other violent crimes.

"Chicago is an example, it is worse than Afghanistan", Trump said in a Fox News town hall on Thursday. "These cities, it's like living in hell."

The murder rate in Chicago had been decreasing since 2016, but rose this year, according to the Chicago Tribune's homicide victim tracker. On 31 May, the city registered a grim record of 18 homicides - the highest number in 60 days.

President Trump also warned there is going to be "retribution" for rioters who vandalise US monuments.

"Every night we're going to get tougher and tougher, and at some point there is going to be retribution because there has to be", he said. "These people are vandals, but they're agitators, but they're really, they're terrorists in a sense."

He went on to say that instead of being "politically correct", Democrats should not tolerate unruly actions by protesters.

In light of recent weeks of civil unrest, including riots,  protesters have vandalised and, in some cases, destroyed monuments of American historical figures, namely those commemorating individuals somehow linked with racism or slavery.

President Trump is set to issue an executive order on protecting monuments and statues in the United States from vandalism by the end of the week. He explained the executive order will "consolidate various things" and complement the Veterans' Memorial Preservation Act, after protesters tried to topple the statue of Andrew Jackson in Lafayette Park.

A violation of the act carries a potential ten-year prison sentence.

Numerous people arrested in D.C. for the disgraceful vandalism, in Lafayette Park, of the magnificent Statue of Andrew Jackson, in addition to the exterior defacing of St. John’s Church across the street. 10 years in prison under the Veteran’s Memorial Preservation Act. Beware!