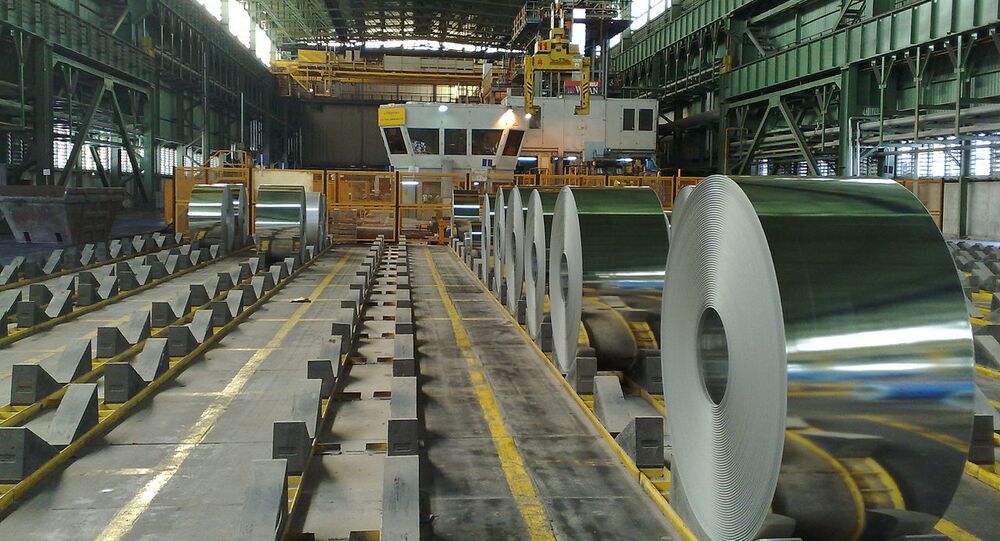 Earlier in June, the US Treasury added over 100 Iranian vessels and transport companies to its sanction list. According to Fox Business sources, Republicans in Congress have proposed the largest-ever package of sanctions targeting Iran.

The United States has targeted Iran with another round of sanctions on eight firms, including steel and other metal companies, according to a release posted on the US Department of the Treasury's website.

The Treasury Department said that it has also designated one Germany-based and three United Arab Emirates (UAE)-based sales agents for being owned or controlled by the Mobarakeh Steel Company.

The new sanctions come after the Republican Study Committee in Congress on 10 June released a foreign policy proposal that contains more than 130 initiatives aimed at countering Russia, China, and Iran as well as calls for the introduction of the "toughest sanctions ever" against the three countries.

© REUTERS / MIRAFLORES PALACE
US Slaps Sanctions on Five Iranian Ship Captains Who Delivered 1.5 Mln Barrels of Oil to Venezuela
Iran is one of the world’s top oil exporters, but it has been experiencing economic hardship as a result of the harsh sanctions imposed by the United States over its alleged nuclear ambitions.

Following the US withdrawal from the nuclear deal in 2018, Tehran announced it would gradually abandon its obligations under the agreement every 60 days unless the other signatories helped ensure Iran's interests.

Since 2018, the US has been expanding the sanctions targeting Iran's economy, including its oil and metal industries, financial and banking sectors, trade and weapons development, in addition to travel bans and asset freezes.