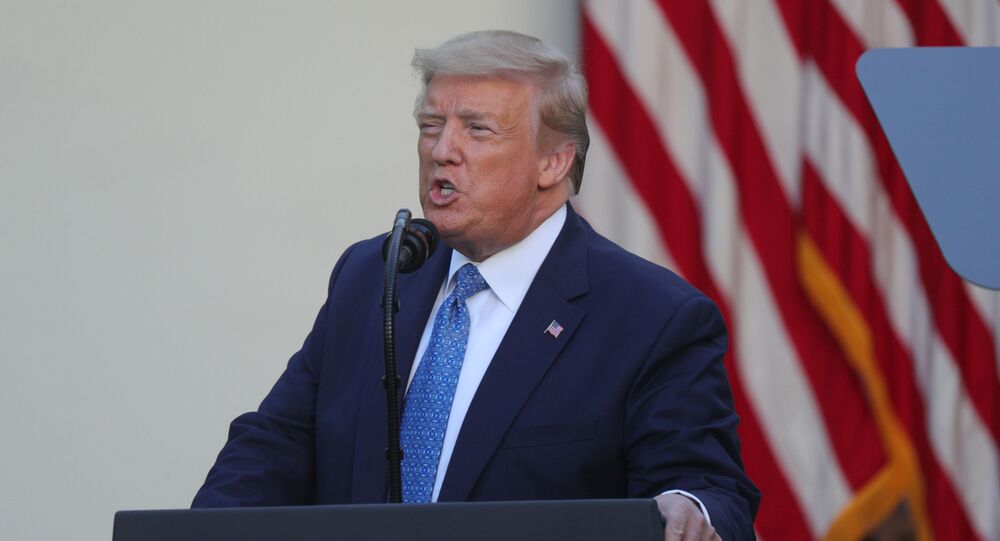 The United States has been gripped by demonstrations, both peaceful and violent, while protesters have also begun to tear down and deface statues of historical figures with troubling records on the matter of race.

This live broadcast shows a press briefing with US President Donald Trump delivering remarks after signing an executive order calling for the establishment of a national police register and improvements in training and recruitment.

In the executive order, Trump will include reforms such as banning police from using chokeholds, mandating the use of body cameras, restricting the use of lethal force, and setting up independent structures to investigate allegations of police brutality.

The order comes amid nationwide protests over two police-related killings of black men. On 25 May, George Floyd died after a Minneapolis officer knelt on his neck for nearly nine minutes, while on 13 June, a black man in Atlanta was shot after scuffling with two police officers.