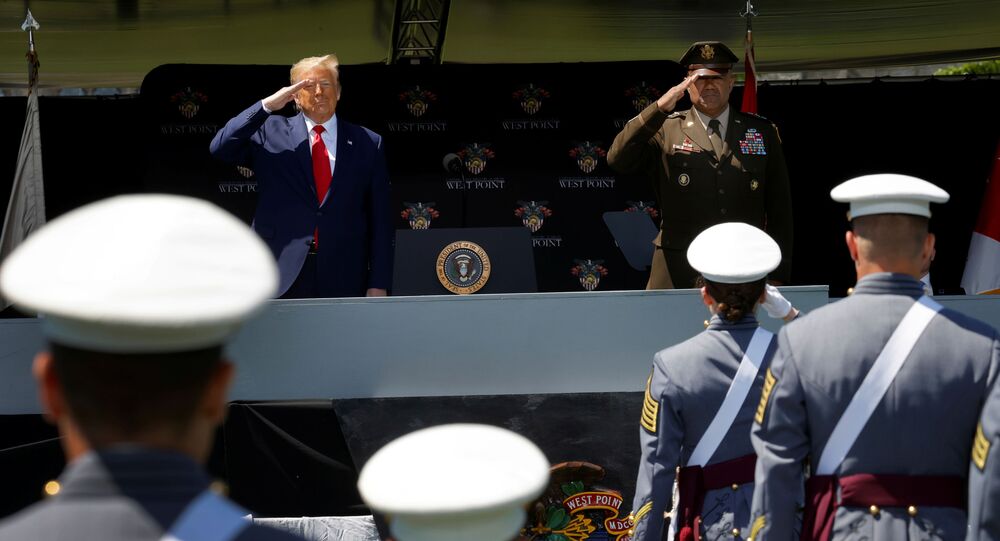 A US soldier should defend the United States “strongly” against foreign enemies, Trump declared.

US President Donald Trump has announced that the age of “endless wars” is coming to an end as he addressed the graduating cadets of the US Military Academy at West Point.

As Trump told the graduating class, their job will be defend "America’s vital interests", and that rather than rebuilding foreign nations, a US serviceman should "defend, and defend strongly, our nation from foreign enemies."

"We are ending the era of endless wars," Trump said, arguing that it's not the job of US forces "to solve ancient conflicts in faraway lands that many people have not even heard of".

The US president delivered this announcement as he faces criticism over his plans to pull out some 9,500 US troops from Germany and to relocate them to Poland and elsewhere, Reuters points out.