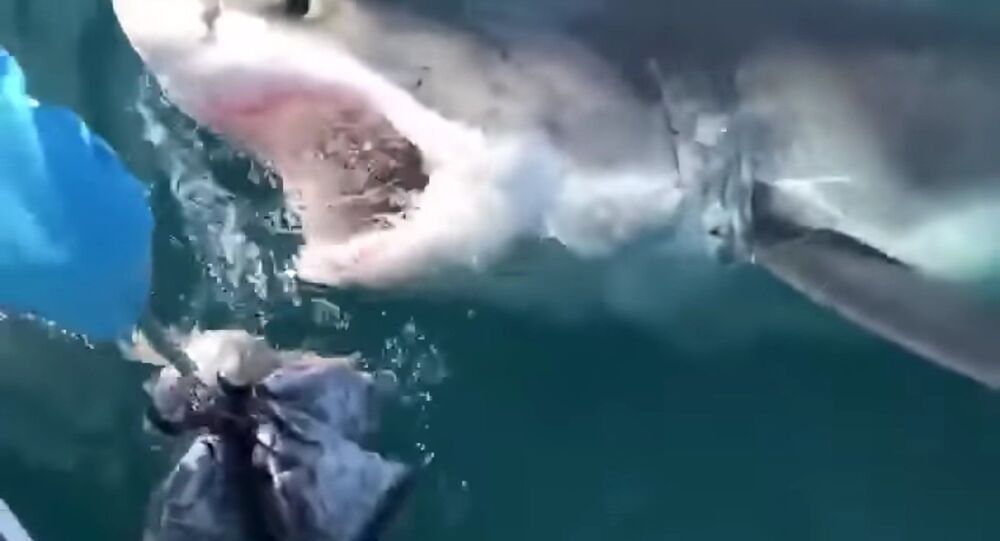 A group of fishermen boating off the coastline of Ocean City, Maryland, were in for quite the shock this week when they found themselves face to face with none other than a massive great white shark.

Video footage of the unexpected encounter was captured by Steven White, who told local news station WBAL that the incident unfolded on Monday at about 3 p.m. local time - when the group aboard the Fish Finder charter boat was getting ready to call it a day.

However, as the video shows, their adventure out on the open water was not exactly coming to a close just yet. The footage begins with a few individuals astounded by the shark’s presence, before the intensity of events get kicked up a notch when the shark gets a little too close to the boat.

“That thing is huge! Holy smokes. Oh my God,” one individual remarks, as others chime in with similar commentary. “That thing is absolutely ginormous. S**t. That is a fat fish.”

And then, just seconds after the fishermen walk around the boat in an effort to keep a watchful eye on the massive fish, they get an up-close encounter with the shark after the boat captain drops some extra bait into the water.

White speculated to local outlet Salisbury Daily Times that the shark was roughly 18 feet long and that it weighed anywhere between 2,000 and 3,000 pounds. He also explained that the group had no intention of hooking the shark, saying that “there was no reason to even try.”

“I wasn’t really nervous. I mean, it’s like something you see on TV or Shark Week,” he continued. “I didn’t have time to be nervous.”

White told the Daily Times that the shark stuck around the area for about 10 to 15 minutes.

Although it’s not unusual for a shark to pass through the Ocean City area, it’s not common to actually spot one as it migrates to warmer waters. Jennie Jannssen, an assistant curator of Blue Wonders at the National Aquarium, explained to WBAL that sharks typically begin their migration during this time of year.