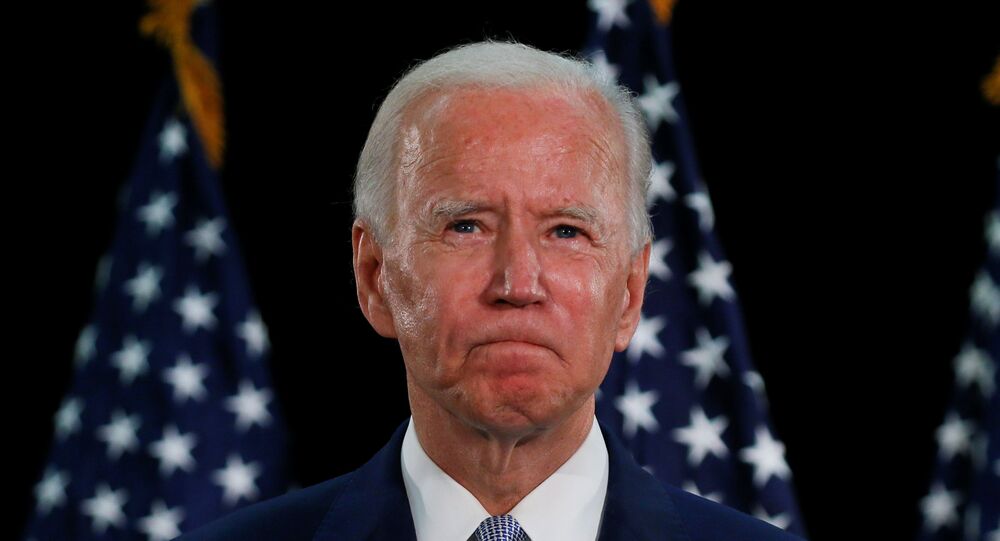 Biden Does Not Support Idea of Defunding Police, Campaign Says

George Floyd protesters and "Black Lives Matter" activists have been calling for defunding police and redirecting funds to other areas, such as education and housing, following Floyd's death in Minneapolis on 25 May.

Presumptive Democratic presidential nominee Joe Biden has not supported calls for cutting funds to the US police, his campaign said on late Monday.

"Biden does not believe that police should be defunded. He hears and shares the deep grief and frustration of those calling out for change, and is driven to ensure that justice is done and that we put a stop to this terrible pain", Biden's spokesperson Andrew Bates said in a statement.

He said that Biden supported "the urgent need to reform", including "funding community policing programs that improve relationships between officers and residents". The statement added that funding should also go towards diversifying police departments so that they "resemble the communities in which they serve".

After George Floyd protesters called on cities to "defund the police", several jurisdictions, including New York, Los Angeles, and Minneapolis, said they are considering dismantling or defunding their police departments.

NYC Mayor Bill de Blasio said he will be diverting funding from the NYPD to youth and social service programmes, adding that "policing matters, for sure, but the investments in our youth are foundational". At the same time, Los Angeles Mayor Eric Garcetti agreed to divert $250 million from the LAPD and other city programmes to youth and health initiatives.

US President Donald Trump has opposed defunding or dismantling the police, calling instead for establishing law and order in the country. He also claimed Biden was one of the Democrats supporting the idea.

LAW & ORDER, NOT DEFUND AND ABOLISH THE POLICE. The Radical Left Democrats have gone Crazy!

US Attorney General Barr said earlier in the day it would be wrong and dangerous to defund and dismantle US police departments.