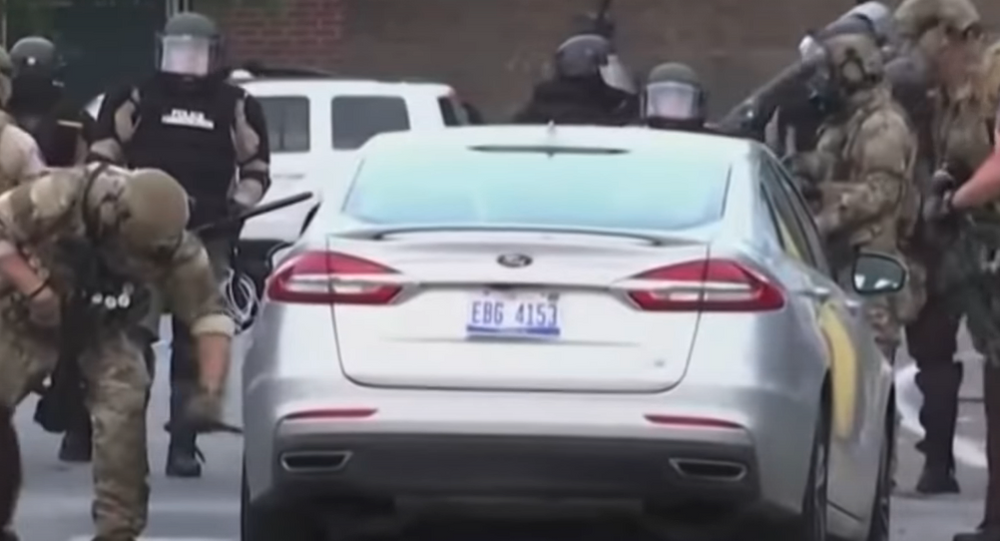 While the destruction of property and crime have been attributed to non-peaceful protesters and rioters across the US, damning footage from Minneapolis, Minnesota, shows uniformed officers slashing the tires of cars in an apparent reprimand or immobilize their operators.

Mother Jones and the Minneapolis Star Tribune reported on and later identified various officers of the Anoka County Sheriff’s Office who have been puncturing tires and leaving protesters, reporters and even area medics without transportation amid the ongoing anti-police brutality protests honoring the memory of the late George Floyd.

A video compilation pieced together by Mother Jones shows various incidents in which the uniformed officers disable vehicles. Images of car owners documenting their damaged property were also included.

Despite the provocative nature of the cops’ actions and the widespread confusion associated with them, the Minnesota Department of Public Safety (MDPS) claims the tires were slashed for the good of the public.

"State Patrol troopers strategically deflated tires … in order to stop behaviors such as vehicles driving dangerously and at high speeds in and around protesters and law enforcement," MDPS spokesperson Bruce Gordon claimed to the Star Tribune on Monday.

He added that officers targeted vehicles containing “items used to cause harm during violent protests,” such as rocks, sticks and concrete, according to the outlet.

Video uploaded to Twitter by documentary and television producer Andrew Kimmel showed numerous cars with slashed tires in a Minneapolis parking lot - including his rental car.

Minneapolis Police slashed every tire on my rental car, as well as every tire of every car in this parking lot. pic.twitter.com/lchFplYQ0n

In addition to filing a lawsuit, the Los Angeles, California, resident has also announced his intent to organize a fund for those whose cars met a similar fate in the K-Mart parking lot.

‘We Got Your Back!’: Florida Police Union Invites Fired, Disciplined Cops to Join Force