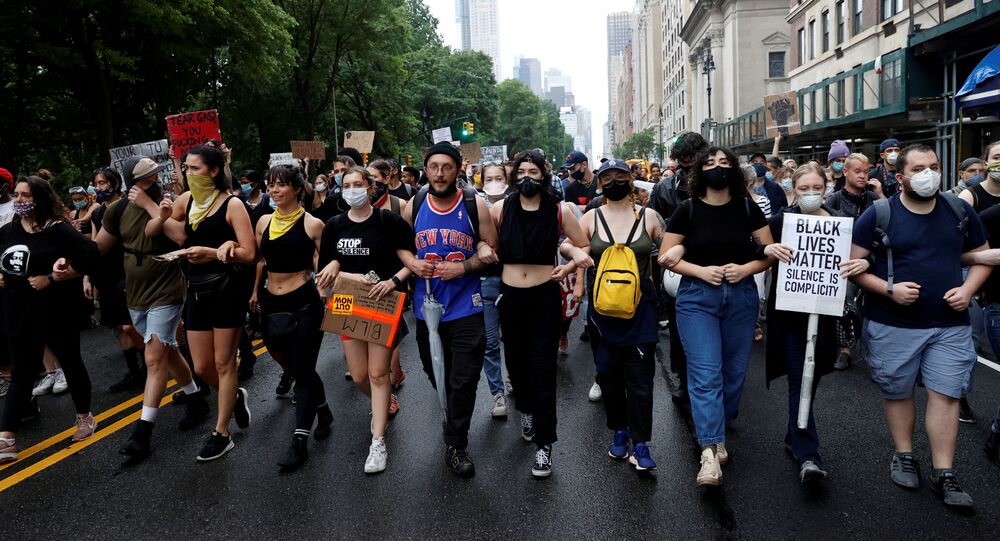 Earlier this week, demonstrations over the death of George Floyd turned violent in New York City, resulting in arson, looting and clashes between protesters and the police.

Live from New York City on June 6, as people continue protesting against police brutality and racial discrimination almost two weeks after the death of George Floyd.

Riots that began in Minneapolis, Minnesota over the death of George Floyd, an African American man, have since grown into mass protests across the US and peaceful protests of solidarity worldwide.

After protests over George Floyd's death escalated into violent riots in New York earlier this week, the state's governor Andrew Cuomo decided to double the police presence and impose a curfew.

African American man George Floyd died on 25 May in police custody in Minneapolis after a police officer pressed his knee onto Floyd’s neck for nearly nine minutes while Floyd was handcuffed on his stomach, repeatedly saying he could not breathe.