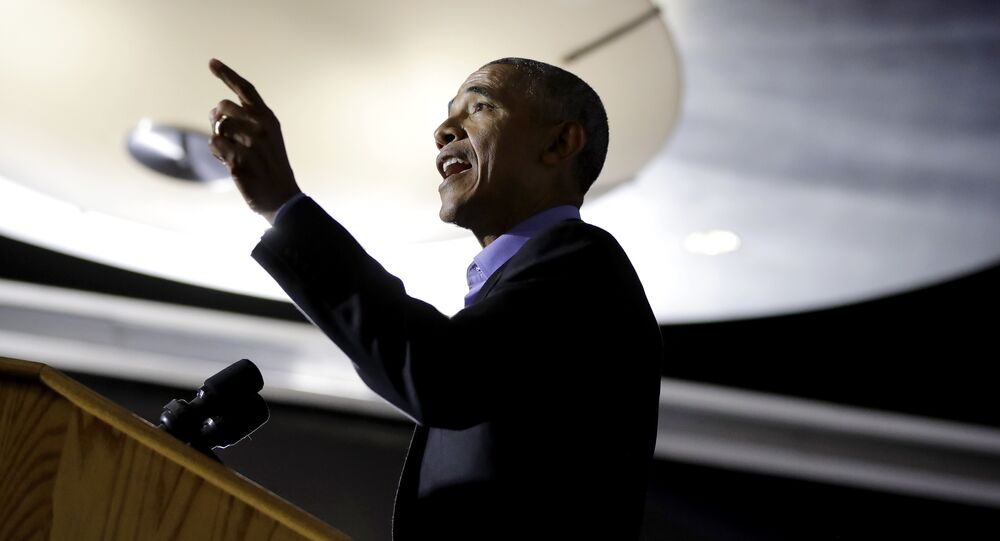 ‘Unlike Anything I Have Seen’: Obama Applauds Americans Protesting Police Brutality

Former US President Barack Obama made his first on-camera comments in a virtual town hall Wednesday on the killing of unarmed African-American man George Floyd.

In his address, which he gave in partnership with the Obama Foundation’s My Brother’s Keeper Alliance, the former president said that the wave of protests sweeping across the country was “unlike anything I have seen in my lifetime,” and that he believes they will stir an “awakening.”

“When sometimes I feel despair, I just see what’s happening with young people across the country and the talent and the voice and the sophistication that they are displaying, and it makes me feel optimistic, it makes me feel as if this country is going to get better,” Obama said.

The former president stressed that both protesting and participating in elections bring about real change. He also urged every US mayor to review their city’s use of force policies with members of their communities.

“It is mayors and county executives that appoint most police chiefs and negotiate collective bargaining agreements with police officers, and that determines police practices in local communities,” Obama noted.

“It’s district attorneys and state attorneys that decide typically whether or not to investigate and ultimately charge those involved in police misconduct, and those are all elected positions.”

His address at the town hall marked the third time in which the former US president spoke on current events in recent days. In a Medium post on Monday, Obama expressed similar sentiments.

“When we think about politics, a lot of us focus only on the presidency and the federal government. And yes, we should be fighting to make sure that we have a president, a Congress, a US Justice Department, and a federal judiciary that actually recognize the ongoing, corrosive role that racism plays in our society and want to do something about it. But the elected officials who matter most in reforming police departments and the criminal justice system work at the state and local levels,” he wrote.

In another powerful statement addressing the death of Floyd last week, Obama highlighted systemic racism in the US.

"This shouldn't be 'normal' in 2020 America. It can't be 'normal,'" he wrote. "If we want our children to grow up in a nation that lives up to its highest ideals, we can and must be better."