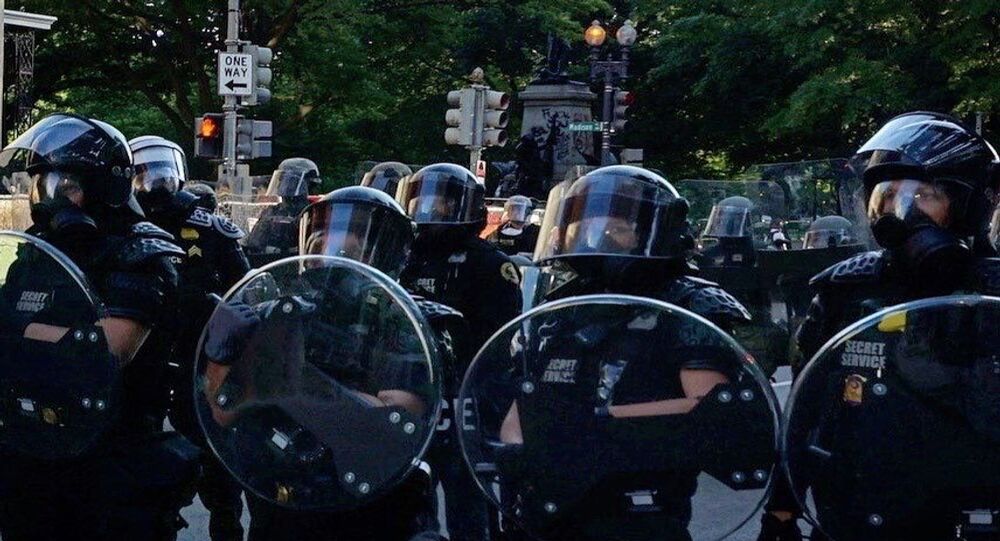 'No Justice, No Peace': Sit-in Protest Against Police Brutality in Washington, DC - Video

The US capital has been swept by violent protests following Minneapolis police’s killing of George Floyd, an unarmed African-American man, for days now, with President Donald Trump deciding to deploy "additional federal assets" in Washington, DC in a bid to restore "law and order".

People are gathering in front of the United States Capitol in Washington, DC on 3 June for a sit-in protest against police brutality, which has been dubbed "No Justice, No Peace", in the wake of the death of George Floyd at the hands of Minneapolis police officers.

The protests come as US President Donald Trump announced that "all federal resources", including the military, could be mobilised as a means of restoring order in the city. POTUS further "strongly recommended" that every state governor deploy the US National Guard in numbers high enough "to dominate the streets", warning that if they fail to do so, he would deploy US military assets in those locations.