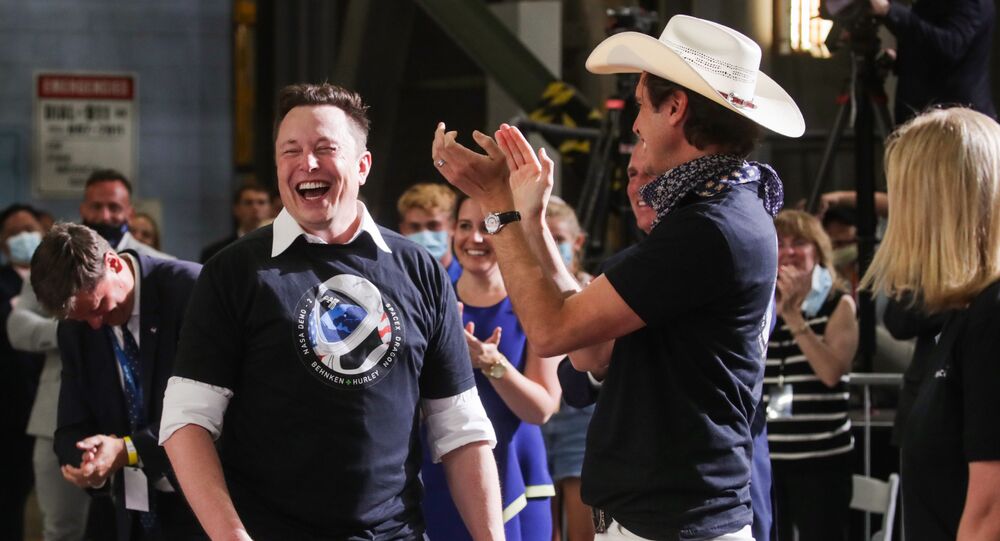 MOSCOW (Sputnik) - SpaceX founder Elon Musk took to Twitter on Sunday to thank Russian space chief Dmitry Rogozin for congratulating him on the launch of a manned US spaceship to the International Space Station.

Rogozin, who runs Russia's Roscosmos, praised the launch into space of the manned Dragon capsule and its successful docking with the orbital outpost, saying he was looking forward to further cooperation.

Musk took a jab at the official on Saturday, saying "the trampoline is working", in a reference to Rogozin's comment that NASA would have to launch its astronauts to the ISS by using a trampoline after the US imposed sanctions on the Russian space industry.

SpaceX's Falcon 9 rocket with two NASA astronauts, Bob Behnken and Doug Hurley, was launched from the Florida space centre, putting the Dragon module on its way toward the ISS. The capsule successfully docked with the space station earlier in the day.