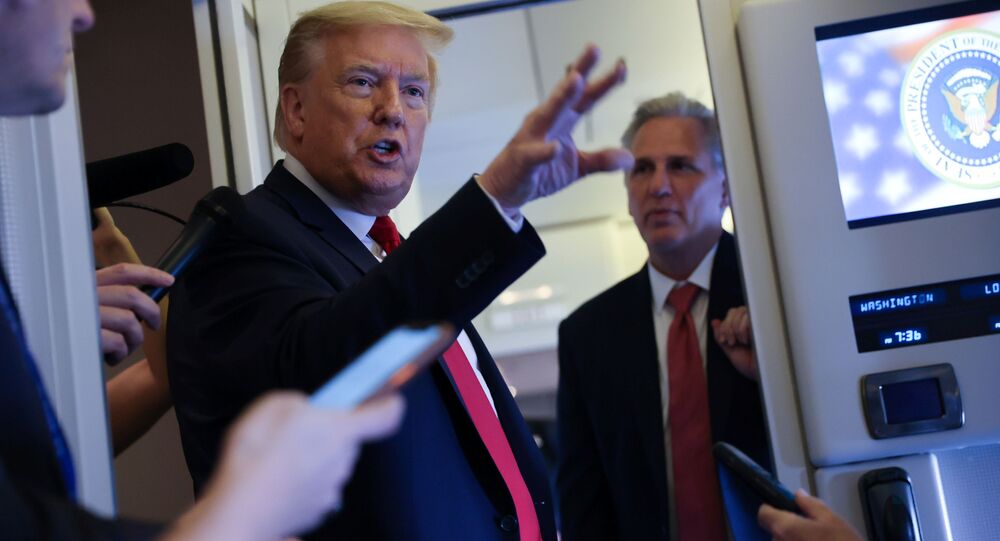 The summit was originally scheduled to take place on 10-12 June in Washington, but was shifted to the end of June due to the novel coronavirus (COVID-19) pandemic.

US President Donald Trump has postponed an in-person G7 summit from the end of June till possibly September, adding that he would like to invite Russia, South Korea, Australia, and India.

Trump explained his decision saying that the current G7 format is "outdated".

"I'm postponing it because I don't feel that as a G7 it properly represents what's going on in the world", Trump told reporters aboard Air Force One on Saturday. "It's a very outdated group of countries".

White House spokeswoman Alyssa Farah said that Washington's traditional allies would be brought together to talk about how to deal with the future of China.

An in-person summit was supposed to take place at the White House though parts of the gathering could be held at Camp David, on 10-12 June. French President Emmanuel Macron and British Prime Minister agreed to take part in it, while German Chancellor Angela Merkel refused to travel to the United States over coronavirus fears.