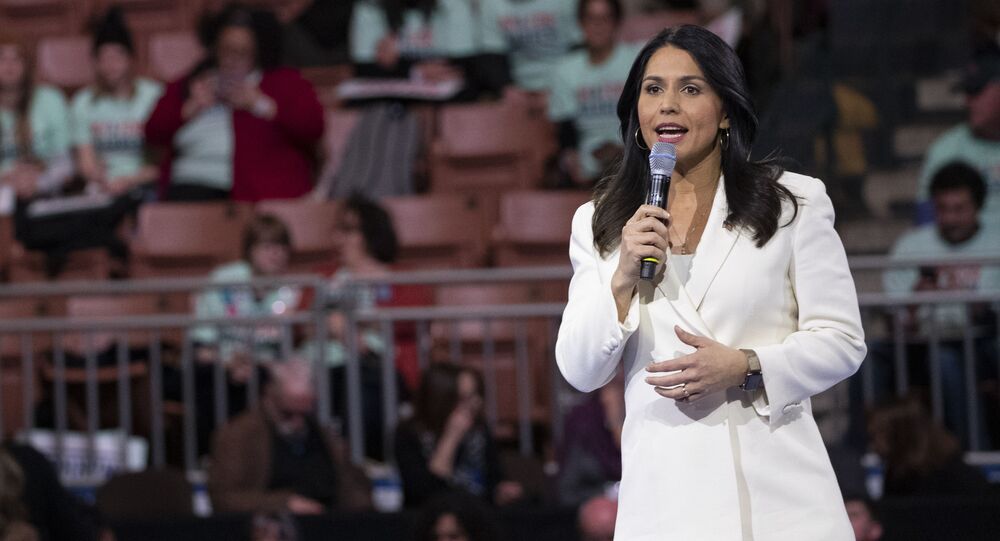 In a one-page document filed in the US District Court for the Southern District of New York, Gabbard’s lawyers underlined the “legal merit” of the case but noted that the COVID-19 pandemic requires that Gabbard focus her attention on other priorities such as “defeating Donald Trump in 2020.”

In a lawsuit filed in January, Gabbard accused Clinton of defaming her when she called her a “favorite of the Russians.”

During the 2020 presidential primary race, Clinton didn’t specifically name Gabbard but said that an unnamed female Democratic candidate was favored by Moscow.

“She’s the favorite of the Russians,” Clinton said in an October 2019 interview on David Plouffe’s Campaign HQ podcast. Plouffe served as the campaign manager during former US President Barack Obama’s 2008 campaign.

“They have a bunch of sites and bots and other ways of supporting her so far. And that’s assuming [2016 Green Party candidate] Jill Stein will give it up, which she might not, because she’s also a Russian asset.”

Gabbard has accused Clinton of making that comment as “retribution” for Gabbard’s endorsement of Sen. Bernie Sanders (I-VT) during the 2016 Democratic presidential primary.

"Clinton has not gotten over her loss in that election and still dwells on what happened," Gabbard’s lawsuit states. “But Clinton reserves a special hatred and animosity for Tulsi — who never endorsed Clinton, did not campaign for her, and to top it off, gave the nomination speech for Senator Sanders at the 2016 Democratic National Convention,” the lawsuit adds.

Gabbard also claimed in her lawsuit that she had suffered more than $50 million in damages because of Clinton’s comments.

Clinton spokesperson Nick Merrill on Wednesday told USA Today that Gabbard’s lawsuit was “a publicity stunt through and through,” also noting that “this filing makes that clear.” He added "good riddance" in Russian in his comment to USA Today.