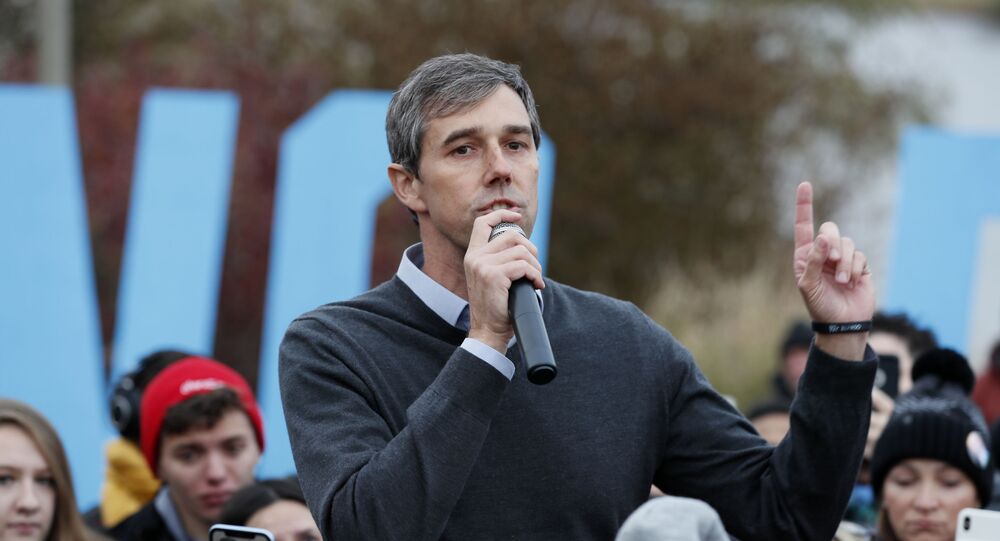 How far the United States should go in reducing coronavirus lockdown measures is a debate that has caused a political storm in Washington in recent weeks, with many Republicans calling for America to get back to work, while Democrats demand caution.

Two Republican senators have hit back against Democrat Beto O’Rourke’s characterisation of Texas’ gradual reopening of the economy as, “dangerous, dumb and weak.”

Rep. Dan Crenshaw and Sen. Ted Cruz both sniped at O’Rourke, a former congressman from El Paso who launched an unsuccessful 2020 presidential bid, from the Twittersphere following his strongly worded statement.

​Mr Cruz, who was elected to the Senate in 2013, simply asked with sarcasm, “is this the new Dem slogan?”

Is this the new Dem slogan? https://t.co/mxQ0qDOKXZ

Rep. Crenshaw however, was much more thorough in his critique, slamming what he called a “condescending reaction” by O’Rourke.

“The guy who wanted to be Texas’s Senator truly believes Texans can’t make decisions for themselves and that they are ‘dumb and weak’ for living their lives and trying to feed their families,” Crenshaw wrote.

“And yes, he’s talking to all Texans, not just our governor. Governor Abbott can’t force anyone to go back to work. Texans are choosing to do that, despite what people like Beto scream from their ivory towers,” Crenshaw added.

And yes, he’s talking to all Texans, not just our governor. Governor Abbott can’t force anyone to go back to work. Texans are choosing to do that, despite what people like Beto scream from their ivory towers.

In another Tweet, O’Rourke bit back against Mr. Crenshaw, accusing him of “getting rich selling his own book to the GOP (and being Trump’s most reliable enabler in the House).”

Yet, Rep. Crenshaw was not willing to stop the Twitter brawl there.

“Millionaires fundraising for millionaires. All while telling middle-class Texans they’re ‘dumb and weak’ for wanting to get back to work,” he responded. Crenshaw, who fought in Afghanistan as a Navy SEAL, then asked his followers to donate to his 2020 campaign.

Millionaires fundraising for millionaires. All while telling middle-class Texans they’re “dumb and weak” for wanting to get back to work. Help me fight back Beto and his far-left fundraising machine. Please donate here: https://t.co/qxgX15stB2 https://t.co/HOfid4hOa1

​The locking of horns between Cruz and Crenshaw on one hand, and O’Rourke on the other, comes after Texas Governor Greg Abbott outlined “Phase II” of his plan to bring Texas out of the coronavirus lockdown. Under the new measures, child care centres and youth clubs were reopened from May 18, while bars and leisure venues were due to open their doors on May 22. Following that, major sporting events are set to resume from May 31. Restaurants will also be allowed to function at 50 percent capacity.

The developments comes as President Trump continues to call for America to reopen its economy and get back to business as usual. On Friday, Mr Trump declared that churches and places of worship were deemed “essential” services, and threatened to “override” any actions taken by governors to prevent the restarting of religious services. As of Sunday, May 24, the US death roll sat at over 97,000.