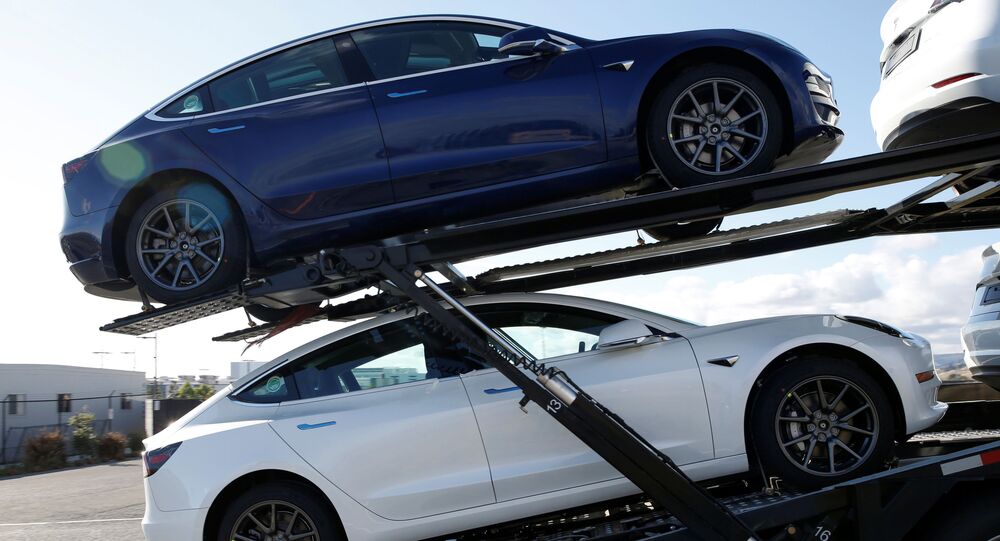 Earlier, Tesla CEO Elon Musk reopened the company's only US electric car plant in California, despite local orders against manufacturing.

On Wednesday, Tesla is fully reopening the Gigafactory near Reno in Nevada, a lithium-ion battery and electric vehicle subassembly factory, The Verge reported, citing the company's internal email. The report says that employees wishing to stay home will have to use unpaid leave.

Neither officials for Storey County, where Tesla's plant is located, nor the company's representatives responded to a request for comment.

Tesla is still negotiating with Alameda County, which issued a shelter-in-place order in March that forced the company to shut production at its California car factory.

On Saturday, Elon Musk said that Tesla had filed a lawsuit against the county asking a court to remove the order that prevents the carmaker from resuming production.

The Alameda County Public Health Department said on Monday it was "actively communicating" with Tesla about reopening plans and that it was taking the same approach it had taken with other businesses that had violated lockdown orders.

Tesla is allowed to open on minimum basic operations, according to the county, such as conducting infrastructure or construction work, with a potential open date for manufacturing set for 18 May.