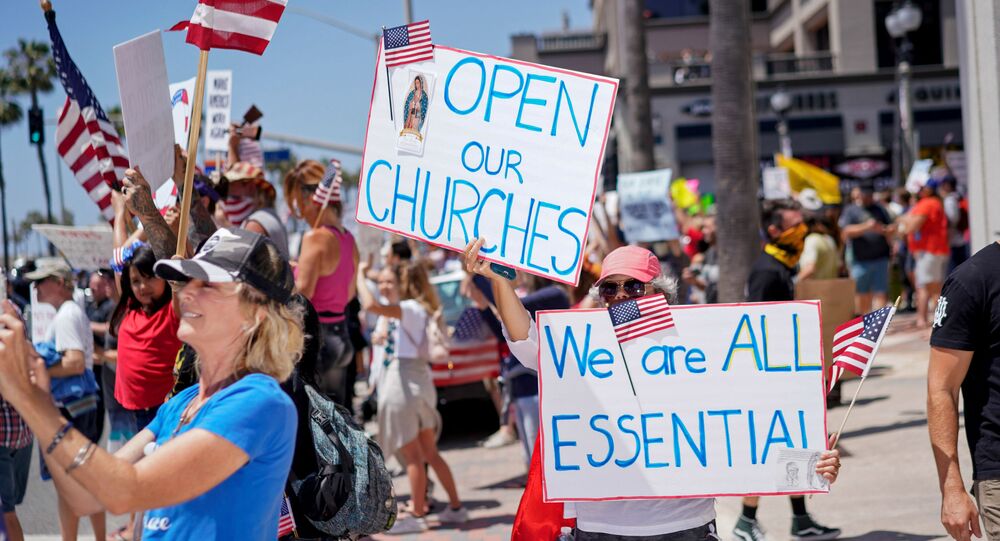 An expert argues that a rush for US states to reopen their economies amid the COVID-19 novel coronavirus pandemic will more than likely backfire if there is a significant uptick, or “second wave,” of infections.

Mark Zandi, chief economist of Moody’s Analytics, issued an economic warning to governors looking to turn their states’ economies around during his Friday appearance on CNBC’s “Trading Nation.”

“If we get a second wave, it will be a depression,” he said, referring to a second surge of COVID-19 cases, CNBC reported. “We may not shut down again, but certainly it will scare people and spook people and weigh on the economy.”

A depression, by Zandi’s definition, is a period of 12 months or more in which the US has a double-digit unemployment rate.

The chief economist’s statements came hours after the US Department of Labor issued a May 8 release reporting the nation’s unemployment rate shot up to 14.7% in April, a double-digit rise from 4.4% in March.

As of Monday, only 15 US states are still “shut down” or upholding related restrictions and stay-at-home orders, according to the New York Times. The remaining 35 states have either partially reopened or have announced reopening measures that will begin in the coming weeks.

Public health officials appear opposed to a broad, state-wide approach to reopening, as the COVID-19 situation differs among various counties and cities.

Philip Huang, director of Dallas County Health and Human Services in Texas, told NPR that while he cannot contradict the governor’s orders, there “are areas where we can provide additional clarification and sort of guidance.” Texas’ stay-at-home order expired on April 30, and a number of businesses, including those in the retail, entertainment and personal care sectors, have been reopened.

"There are some areas of Texas that might have no cases. We've got more than 5,000. So things are a little different here," he explained. "What we're trying to do is use this expert committee to really make recommendations based on the science. So we say, 'Even though you can, here's what the experts recommend in terms of going to get that haircut.'"

Zandi also highlighted that if there is not a second wave of COVID-19 infections, jobs will begin to rebound around Memorial Day weekend, beginning May 23. Soon thereafter, the markets will see gains throughout summer and into early fall if no second wave of infections materializes, he told CNBC.

“After that, I think we’re going to be in quicksand because of the uncertainty around the virus and the impact that it’s going to have on consumers and businesses,” he said.

Whatever the outcome, development of a vaccine for the novel coronavirus is of the utmost importance, according to the chief economist.

“It’s critical. It’s a necessary condition for the economy to fully recover,” Zandi noted. “We’re going to see the market reevaluate things at some point. ”

At present, the US COVID-19 death toll stands at over 79,000, according to Johns Hopkins University.