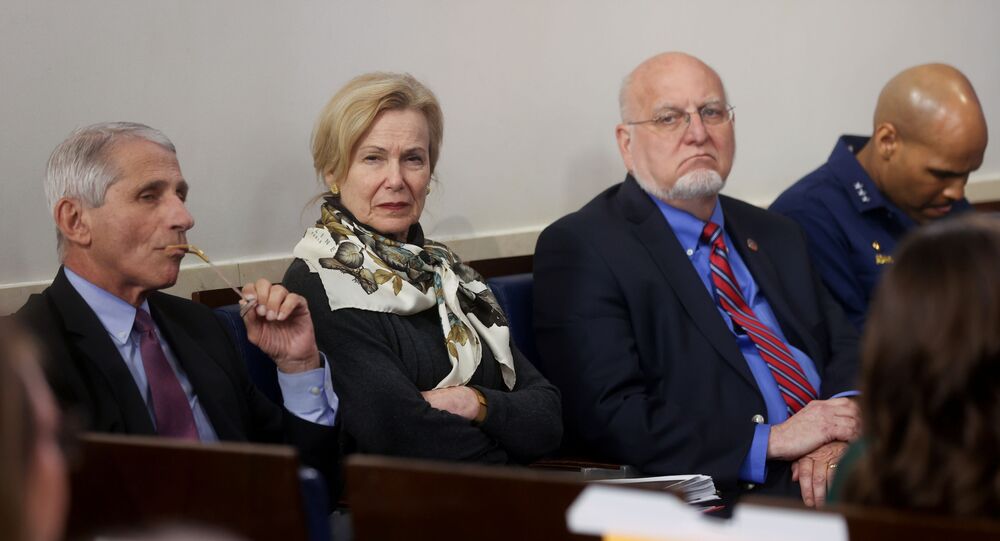 Though White House Press Secretary Kayleigh McEnany is claiming US Centers for Disease Control and Prevention (CDC) Director Robert Redfield did not approve the associated documents in the agency’s unreleased guidance report on lifting lockdowns, emails observed by the Associated Press prove the contrary.

“I will never lie to you. You have my word on that,” vowed McEnany to reporters during her first White House briefing as press secretary on May 1.

Just one week later, the press secretary's honesty has already been brought into question, as internal government documents viewed by the Associated Press offered a much different story regarding the public release of the CDC’s guidance on how different economic and social sectors should proceed in reopening amid the COVID-19 novel coronavirus pandemic.

According to McEnany, the 17 pages taken from the “Guidance for Implementing the Opening Up America Again Framework” and published by the AP on Thursday could not be referred to as “CDC guidelines” because they have not yet been reviewed by Redfield.

“Those aren’t CDC guidelines - those are guidelines, in draft form, that a rogue employee has given you, for whatever personal reason they’ve decided to do that,” she stated on Friday, claiming that “those guidelines are still under review.”

The AP noted Friday in it latest report on the matter that the CDC director had shared the guidance via email attachments with US President Donald Trump and his inner circle - including son-in-law and White House adviser Jared Kushner, counselor Kellyanne Conway and Joseph Grogan, the director of the United States Domestic Policy Council - “as early as April 10.”

Members of the White House Coronavirus Task Force were also included in the correspondence.

“Three days later,” higher-ups in the CDC sent the “more than 60-page report with attached flow charts” to the White House Office of Management and Budget. The outlet noted that this is traditionally a step taken by agencies seeking final White House approval for documents that have already been approved by agency leaders.

It’s worth noting that the previous report on the blocked publication alleged the CDC’s report was 17 pages long. The AP has since been provided with a copy of the full document, which comprises more than 60 pages.

“We plan to post these to CDC’s website once approved. Peace, God bless r3 [Robert Ray Redfield],” Redfield wrote in an emailed statement on April 24 that again included the more-than-60-page guidance report.

According to CDC documents viewed by the AP, another email was issued to the administration after the agency did not receive feedback or any response ahead of the April 30 decision to shelve the guidance.

“The guidance should be more cross-cutting and say when they should reopen and how to keep people safe. Fundamentally, the Task Force cleared this for further development, but not for release,” Quinn Hirsch, a staffer in the White House’s Office of Information and Regulatory Affairs (OIRA), wrote in an email to the Department of Health and Human Services, the CDC’s parent bureau.

Additional emails provided to the AP showed that White House officials acted with haste on May 7, following the outlet’s widely-cited scoop on the news. The CDC was instructed to “refile all of the decision trees, except one that targeted churches,” the AP noted.

“Attached per the request from earlier today are the decision trees previously submitted to both OIRA and the WH Task Force, minus the communities of faith tree,” read the email, as reported by the outlet. “Please let us know if/when/how we are able to proceed from here.”

Asia Poised to Eclipse US as Economic Superpower After Pandemic - Scholar