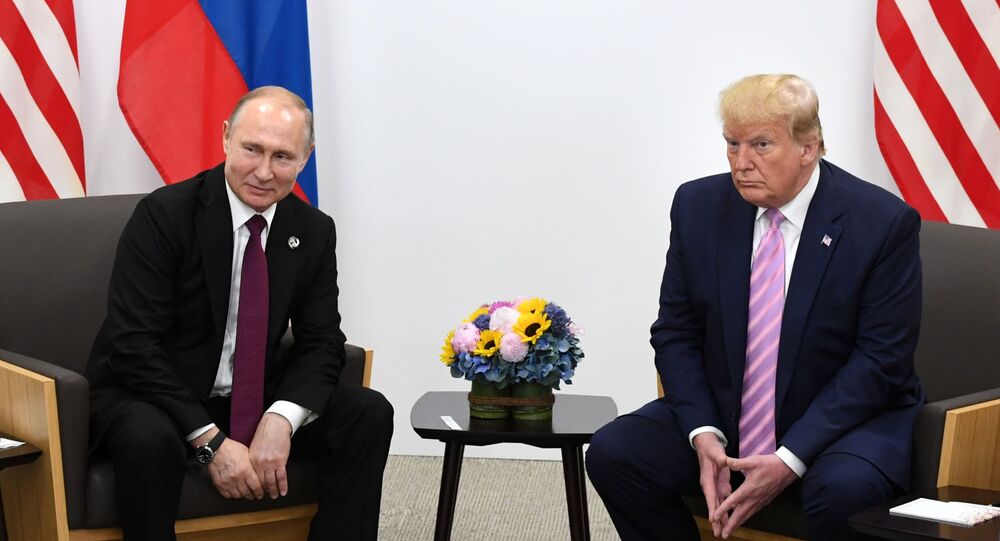 WASHINGTON (Sputnik) - President Donald Trump on Friday lauded his improved relations with Russian President Vladimir Putin, saying his ties with his counterpart are a "great" thing.

Earlier this day, Russian President Vladimir Putin congratulated his US counterpart, Donald Trump, on the 75th anniversary of the victory in World War II, noting that the two countries could significantly contribute to the global stability, being on the forefront of the global challenges response.

"Today, Russia and the United States are on the forefront of addressing global challenges. Following the traditions of cooperation, established during the war, and acting 'in the spirit of Elba', our countries could do much for ensuring international safety and stability", Putin said in his address, distributed by the Kremlin.

Russia will always be grateful for the anti-Hitler coalition's contribution to the victory, the president added.

On 7 May, Donald Trump and Vladimir Putin discussed a number of matters such as arms control and response efforts to the novel coronavirus in a telephone call.

© AP Photo / Mikhail Klimentyev
Trump Says Told Putin 'Appropriate Time' to Improve US-Russia Relations
According to Trump, he told the Russian president that the time has come to leave the Russia hoax behind and move forward to improve bilateral relations.

There have been over 3.9 million coronavirus cases recorded globally so far, according to the statistics collected by the Johns Hopkins University. Numerous countries have imposed restrictions, including self-isolation, social distancing, temporary shutdown of many businesses, and other measures.