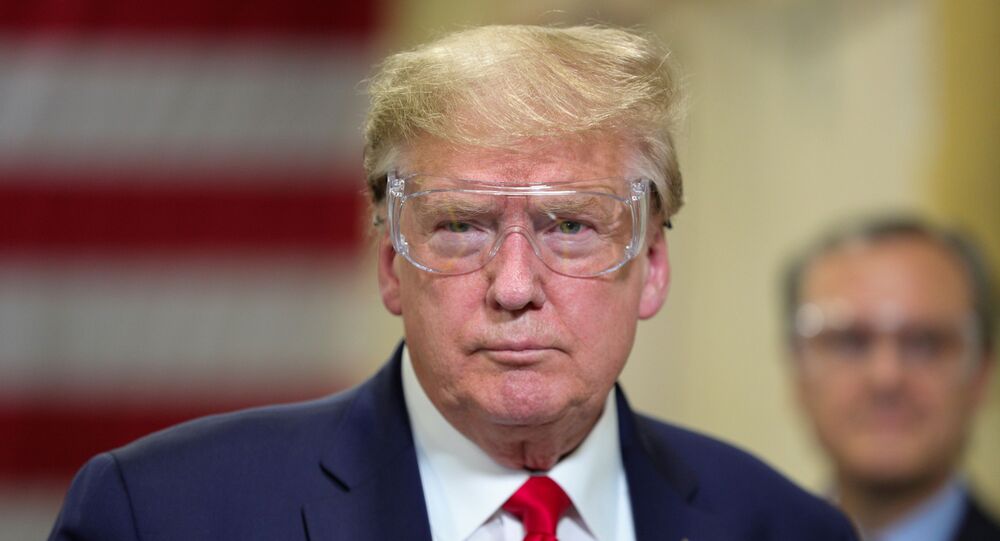 US President Donald Trump believes that wearing a mask would “send the wrong message,” an administration insider and two campaign officials recently told the Associated Press.

According to the sources, who spoke to the AP on the condition of anonymity, the president believes that wearing a mask would make it seem like he’s more focused on health than reopening the US economy, which his advisers believe is necessary to improve his reelection chances. One of the officials also said that Trump divulged fears that he would look silly in a mask and that images of him wearing one would be used by his detractors in negative ads.

​“It’s a vanity thing, I guess, with him,” House Speaker Nancy Pelosi said of Trump in a Wednesday interview. “You’d think, as the president of the United States, you would have the confidence to honor the guidance he’s giving the country.”

The president has not been seen wearing a mask in public, and following the US Centers for Disease Control and Prevention (CDC) recommending last month that people wear face coverings to prevent the spread of COVID-19, Trump said: “I don’t think that I’m going to be doing it.”

On Tuesday, Trump was criticized for failing to wear a mask while touring a Honeywell facility in Phoenix, Arizona, which manufactures N-95 respirators for health care workers. Trump sported goggles during the tour but left his face bare, despite the fact that signs around the facility clearly state that masks are required, according to reporters who were present. However, an administration official said to reporters that Honeywell had told officials they weren’t required to wear masks while touring the facility, Bloomberg reported.

Trump previously said during a White House Coronavirus Task Force briefing that he couldn’t see himself wearing a mask while meeting with “presidents, prime ministers, dictators, kings, queens.” This is despite the fact that such diplomatic trips have been canceled due to the pandemic. Trump has also suggested that such masks are impractical and below the dignity of the leader of America, Bloomberg reported.

The Good, The Bad and The Ugly: What Happened Thanks to Donald Trump’s Presidency