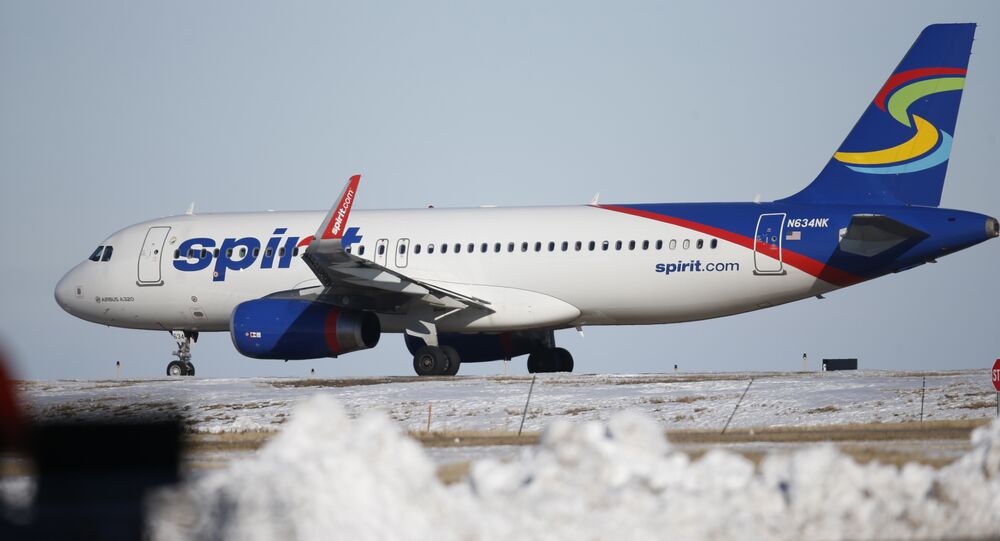 Spirit Airlines Flight 709 from Los Angeles, California, to Detroit, Michigan, was forced to make an impromptu stop in Des Moines, Iowa, at 3:13 a.m. local time on April 30 after a noise complaint quickly turned into a bloody assault.

“We were in shock, really. We couldn’t believe it was happening,” a Michigan passenger who witnessed the fight told ClickOnDetroit. "It was really scary. I had my kids with me and everybody was like, ‘Oh my God.’”

According to her account of events, tension was created on the flight when one man attempting to sleep issued a noise complaint against his fellow passengers. His request did little to facilitate his in-flight rest, as an altercation involving him and other travelers broke out soon after.

Onlookers allegedly asked the flight attendants to intervene and end the incident.

“'Everyone was like, ‘Why aren’t you doing anything?’ They were like, ‘We don’t get paid enough to deal with this,’” the eyewitness recalled.

It’s not clear how the fight was brought to an end, but Flight 709 landed at Des Moines International Airport for two hours shortly thereafter. The Michigan woman claims the aggressors in the altercation promptly changed out of their bloodied clothes upon touching down.

“They went and changed their clothes before the marshals came," she said. "They hurried up and ran to the bathroom because they had blood all over their clothes and they didn’t want to be recognized.”

As if the lack of social distancing on the flight were not enough to get under her skin, the witness recalled that staff “didn’t clean the blood” from the brawl.

Police ended up removing one passenger from the flight, but it does not appear the man escorted off the plane was one of the individuals who changed their shirts.

“We did not arrest anyone. Pretty unique situation. It was determined that the incident took place over Nebraska, so DMPD [Des Moines Police Department] has no jurisdiction. At the crew’s request, we escorted one passenger off the plane, and it continued on to Detroit," Des Moines Police Sgt. Paul Parizek told local news station KCCI.

“He was free to go. It appears that he was the victim of the assault but initiated the dispute on the flight. It started because he wanted to sleep and he protested other people, including a flight attendant, talking too loudly.”

While no arrests have been made at the time, Des Moines International Airport officials told KCCI that the incident is currently under investigation. Spirit Airlines confirmed knowledge of the incident to People Magazine.