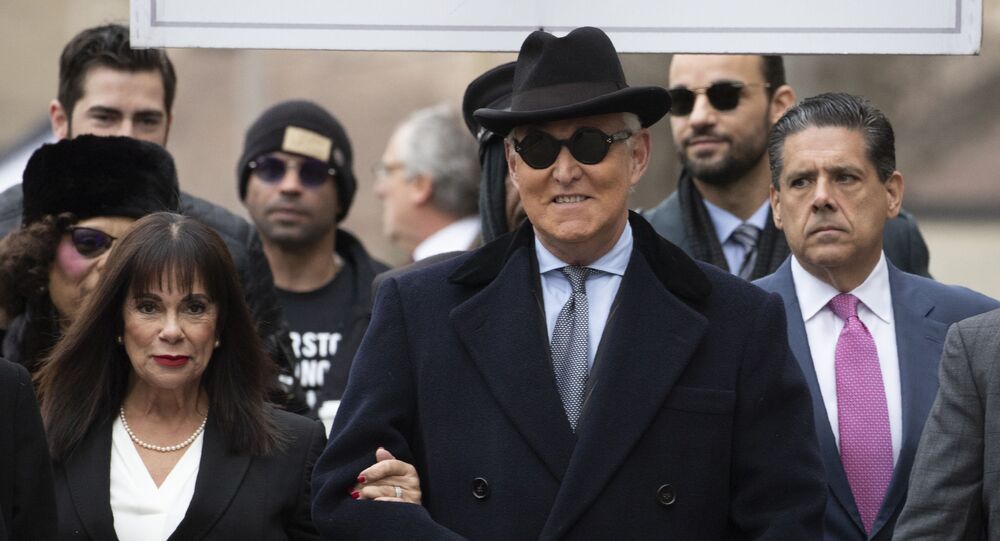 WASHINGTON (Sputnik) - Roger Stone, a longtime confidant of President Donald Trump and a former aide in the president’s 2016 campaign, filed an appeal to a forty-month sentence in connection with Special Counsel Robert Muller’s probe into allegations of Trump-Russia collusion, according to a court document filed by Stone’s attorney on Thursday.

"I Roger Stone, hereby appeal to the United States Court of Appeals for the District of Columbia [Washington, DC] from the above-stated judgement and order, the sentence imposed and all underlying orders," the filing said.

The filing noted that Stone had been sentenced in February to 40 months in prison, to be served concurrently with at least two shorter sentences, followed by two years of parole.

The charges brought by Special Counsel Robert Mueller stem largely from accusations that Stone made false statements to the House of Representatives Intelligence Committee concerning his contacts with the organisation WikiLeaks.

© AP Photo / Charles Dharapak
Impeachment Round Two? House Democrats Gain Access to Redacted Mueller Evidence, Appeals Court Rules
The Muller investigation, which tried and failed to find evidence of Trump campaign collusion with Russia, has been called into question with the release of previously classified material this month that appear to show senior FBI agents conspiring to ensnare former National Security Advisor Michael Flynn in a perjury trap - an effort that resulted in Flynn pleading guilty to charges of lying to the FBI.

Flynn is seeking to withdraw the guilty plea.