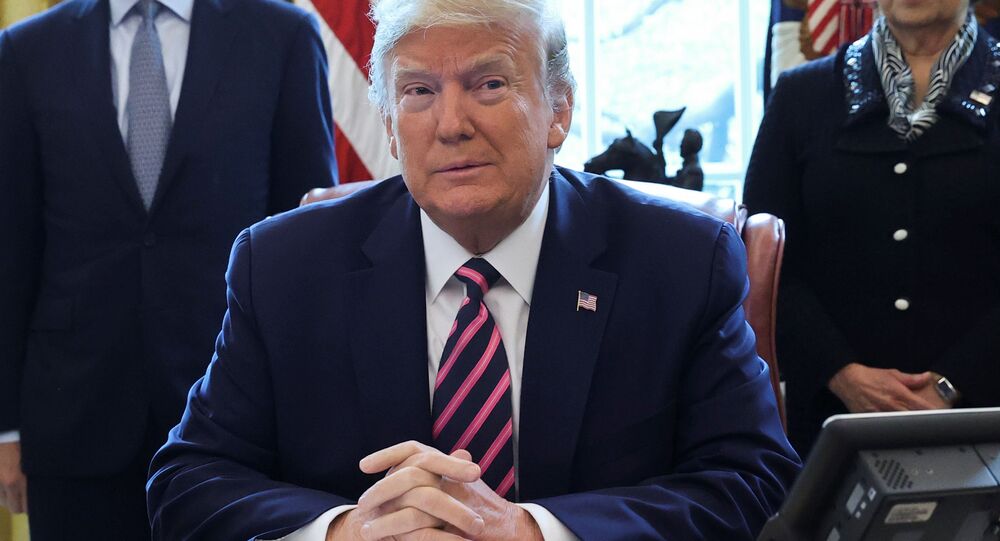 Trump Mulls Idea of Buying Fuel, Airline Tickets for US Government in Advance

Washington might acquire stakes in American oil companies that have recently been suffering from a sharp decline in oil prices caused by the coronavirus pandemic, the US treasury secretary revealed.

President Donald Trump has stated that he is looking into the idea of buying fuel and airline tickets for US government needs in advance, as the energy and aviation industries continue to face hardships due to the coronavirus pandemic and lockdown.

POTUS also announced that two American oil extracting states, Texas and Oklahoma, had started reducing their crude production, adding that Canada has followed suit. Such cuts were earlier negotiated during the OPEC+ meeting in April, which the US attended.

Trump went on to suggest that Russia and Saudi Arabia, also parties to the recent OPEC+ deal, might make more output cuts than were previously agreed on in April, adding that it would be a "natural process". Saudi Arabia, however, has already announced that it will be reducing its crude production by a greater margin than it was supposed to under the OPEC+ deal.

Trump's suggestions to buy gas and airline tickets in advance as a way to help industries affected by the coronavirus pandemic came alongside comments made by US Treasury Secretary Steve Mnuchin. The latter announced that Washington is considering taking stakes in American energy companies as one of the possible options to support the domestic oil and gas industry.

US shale oil and gas companies have been experiencing hardships ever since prices for crude dropped following decreased demand due to the coronavirus pandemic. The shale industry's operational costs might currently exceed the price per barrel - a situation that could persist until the second half of 2020, when many economists expect the global economy to come back to life.