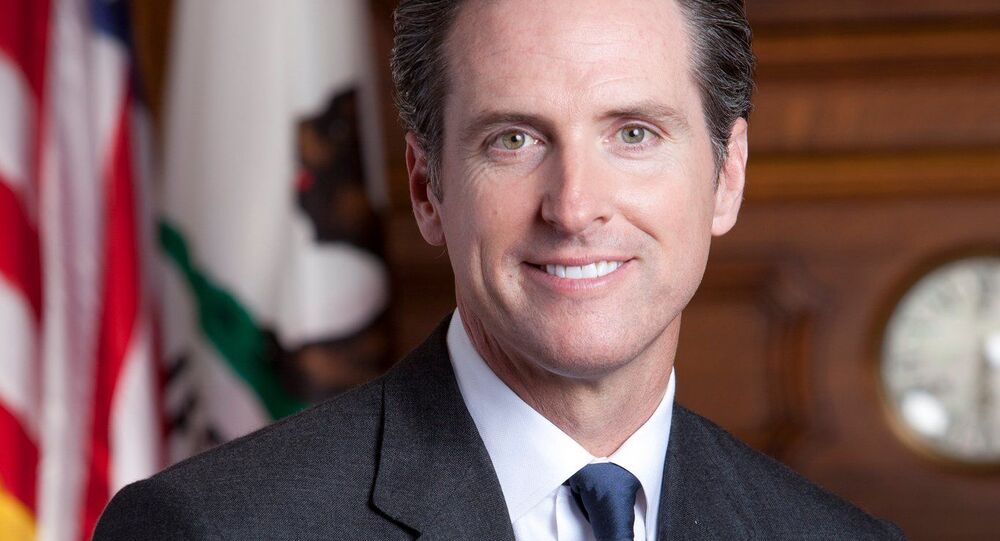 Belonging to opposing sides of the aisle, Donald Trump and Gavin Newsom are believed to have forgotten about the rivalry, in the face of the deadly COVID-19 pandemic, and this has already apparently yielded positive outcomes.

Democratic California Governor Gavin Newsom, who has been praised for his swift response to the coronavirus pandemic, similar to his New York counterpart, Andrew Cuomo, now appears to have made friends with…. Donald Trump.

He sang the Republican president's praises, even bringing up the latter’s campaign slogan: “Promise made, promise kept" and heartily thanking Trump for sending California testing swabs as part of the federal government's aid package.

This is not the first time that the old rivalry between the Republican POTUS and Democratic head of one of the nation's key states appears to have come to an end. What seems to be an odd twist in the pair’s communication, Newsom previously called Trump “thoughtful", “responsive'', and “collaborative".

Whatever the case may be, Newsom’s words are not believed to be accidental, as the California politician, who has entered his second year as governor, works to get the state's nearly 40 million residents what they need from the federal government, irrespective of partisan clashes.

“I don't think anyone could ever accuse him of being a wilting flower in the face of Donald Trump", said Brian Brokaw, a longtime political adviser to Newsom who is not involved in the day-to-day coronavirus response.

“Gavin has obviously separated his political preferences from trying to get as much help for California from the federal government in a really terrible situation", said Bill Carrick, a longtime Democratic strategist, as cited by AP.

Tim Groeling, a professor of communications at the UCLA, who has written a book on partisan divides and alliances, suggests that the one who is hit the most by this softening of the Newsom-Trump detente is Joe Biden, who is running against Trump in the November presidential election.

Newsom, a 52-year-old San Francisco native, has been praised for his state’s swift response to the pandemic, as he was the first governor to have issued a state-wide stay-at-home order on 19 March.

He has also used the state’s vast resources to purchase massive amounts of personal protective gear as the federal government ran out of supplies, and is now reportedly seeking reimbursement for California. Now, his 90-member task force is working on roadmaps to gradually lift the epidemic-induced restrictions.