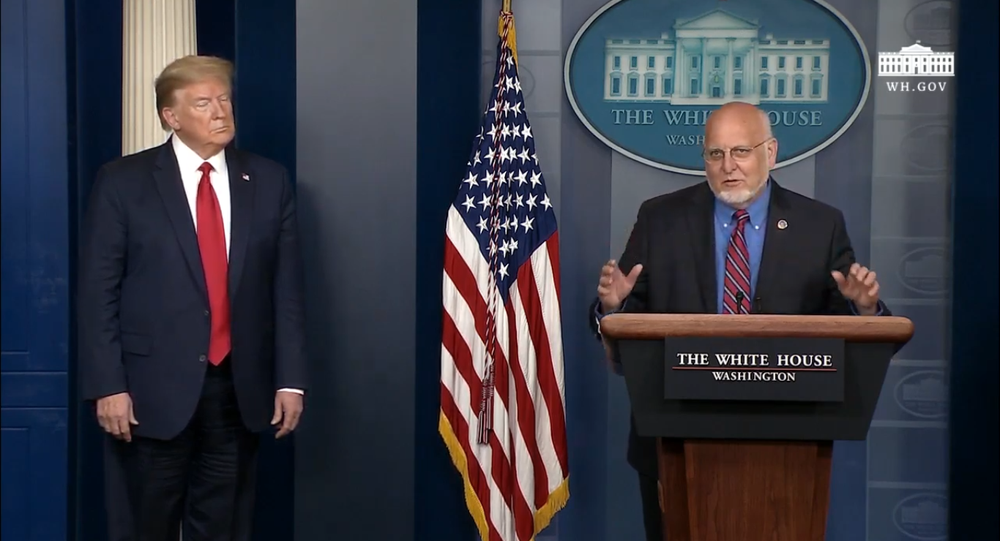 At a contentious news conference on Wednesday, Director of the Centers for Disease Control and Prevention (CDC) Robert Redfield told reporters the Washington Post headline claiming he warned of a “devastating” second COVID-19 season in the fall was “inappropriate.”

At the daily White House Coronavirus Task Force briefing on Wednesday, US President Donald Trump followed up on a tweet he made earlier in the day claiming Redfield had been “totally misquoted” in a Washington Post headline the day prior.

That story, which featured an interview with the CDC chief, is titled: “CDC director warns second wave of coronavirus is likely to be even more devastating.”

“I think it’s important to clarify this,” Redfield said, taking the podium. He clarified that his actual statement, which the text of the Post’s article accurately quoted him as saying, was:

“There’s a possibility that the assault of the virus on our nation next winter will actually be even more difficult than the one we just went through. And when I’ve said this to others, they kind of put their head back, they don’t understand what I mean. We’re going to have the flu epidemic and the coronavirus epidemic at the same time.”

ABC reporter Jon Karl read the excerpt to Redfield at the presser, asking him if that’s what he had actually said.

“Yeah that’s what I was trying to say to you a minute ago,” Redfield replied. “The issue that I was talking about, about being more difficult, is that we’re going to have two viruses circulating at the same time. This spring that we just went through, February, we had a benefit of having the flu season having ended, so we could use all our flu surveillance systems to say ‘whoops, this is coronavirus, we need to focus. Next fall and winter, we are going to have two viruses circulating, and we’re going to have to distinguish between which is the flu and which is the coronavirus.”

“I’m accurately quoted in the Washington Post as ‘difficult,’ but the headline was inappropriate,” Redfield told Karl.

However, when CBS reporter Weijia Jiang tried to ask Redfield as he left the podium about why he had retweeted the Washington Post’s story if he was misquoted in it, Trump pointed at her and said, “You were not called.”

Trump reiterated that while it’s unclear if COVID-19 will return for a “round two” in the fall, he believed it would be “flare-ups” or “some embers” that “we’ll put out.”