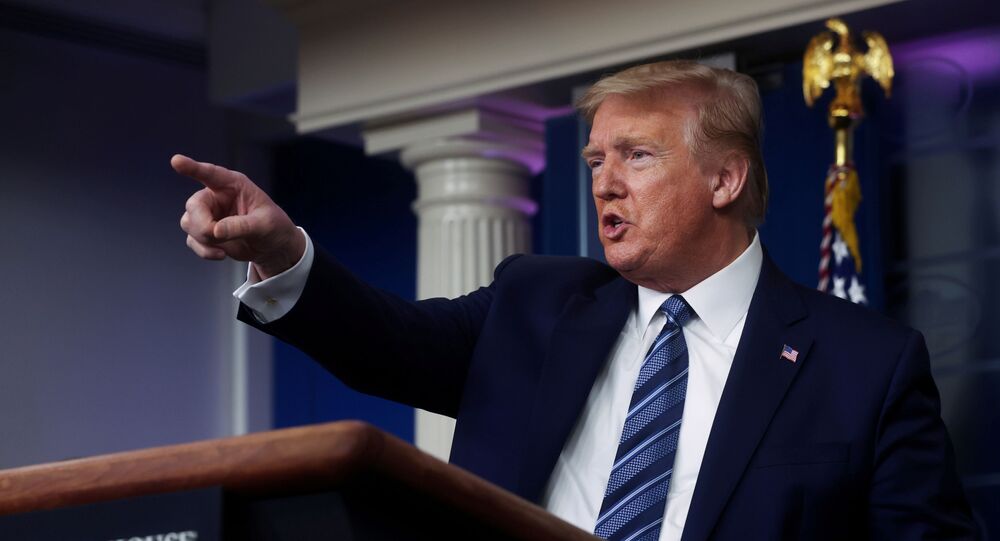 US Blocks G20 Statement Publication Over Support for WHO - Reports

Earlier, US President Donald Trump ordered funding for the World Health Organization (WHO) halted, expressing what he characterized as "deep concerns" that the agency is "China-biased" and has not been transparent in its approach to the ongoing pandemic.

The Trump administration has reportedly blocked the publication of the G20 health ministers meeting final statement due to the inclusion of support for the role that WHO has taken in tackling the global coronavirus pandemic. The White House has made repeated allegations that the international health agency is "pro-China biased", according to the UK Daily Telegraph.

A 52-paragraph communique obtained by The Telegraph envisages a "global response" to the COVID-19 pandemic, with WHO as the primary coordinator, but the final statement remains in draft form as the US has "scuppered" its publication amid Trump's accusations against the agency and eliminating its funding.

"We fully support and commit to further strengthen the WHO's mandate in coordinating the international fight against the pandemic," one clause in the communique allegedly read.

According to the Guardian, all donors were urged to invest in the fund, saying “it is far more cost effective to invest in sustainable financing for country preparedness than to pay to the costs of responding to outbreaks”.

The document was reportedly backed by 19 countries and reportedly also raised concerns about a lack of "sustainable funding" for the WHO emergencies programme.

The move comes as Trump last week executed his threats to cut American financing of WHO, claiming that he had "great concerns" over the US continuing to "generously support" the organization.

"Had the WHO done its job […] the outbreak could have been contained at its source with very little death […] this would have saved thousands of lives," Trump claimed.

Trump has been accusing WHO and China of a cover-up and of downplaying the danger of COVID-19, which both the agency and Beijing have repeatedly denied.

US Looking for New Health Partnerships Amid Pause in WHO Funding - State Dept.