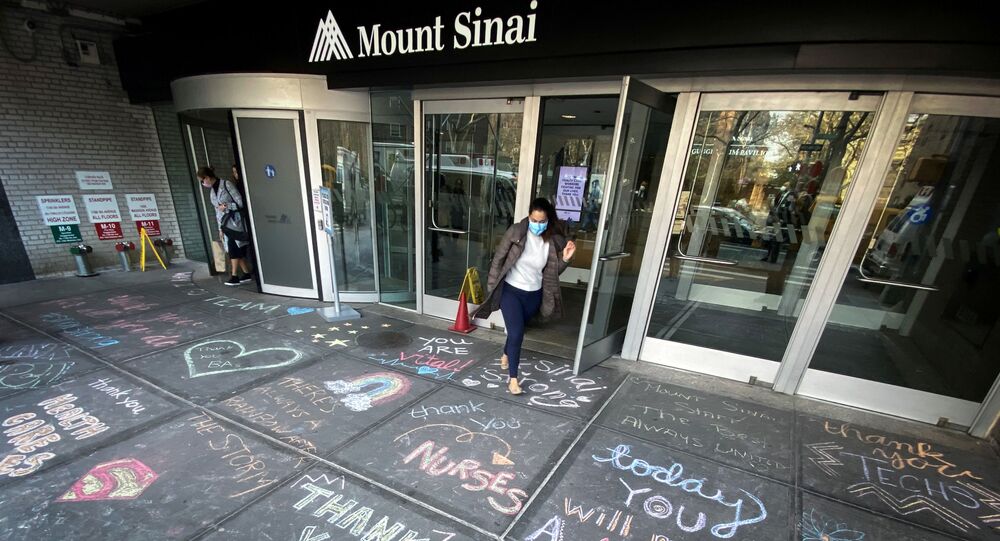 The United States has more than 432,000 confirmed cases of COVID-19 and more than 14,800 deaths due to the disease, according to data published by Johns Hopkins University.

The United States is now in second place in terms of the death toll from the novel coronavirus (COVID-19) globally, behind Italy and ahead of Spain, according to Johns Hopkins University's data.

The number of people who have died of the coronavirus in the United States within the past 24 hours has risen by 1,965, which is the worst one-day rise since the start of the pandemic, Johns Hopkins University said.

The number of confirmed coronavirus cases in the United States stands now at 432,132, with over 23,906 people having recovered.

The World Health Organization declared the COVID-19 outbreak a pandemic on 11 March. To date, more than 1.4 million people have been infected with the coronavirus worldwide, with over 88,000 fatalities, according to the university.