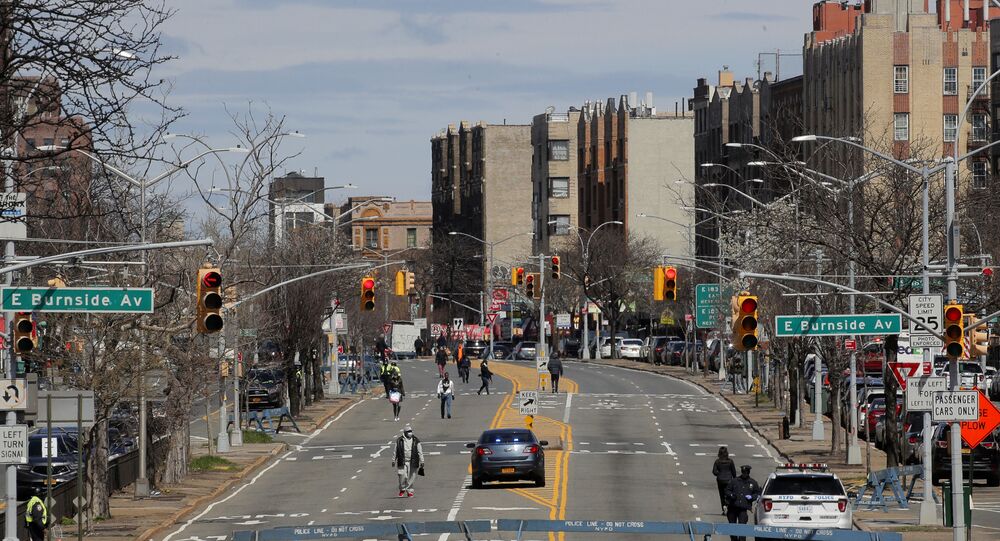 WASHINGTON (Sputnik) - The United States faces the prospect of a sharply contracting economy, double-digit unemployment and near-zero interest rates in the three-month period that began 1 April, with most business closed due to the novel coronavirus (COVID-19) pandemic, the Congressional Budget Office (CBO) said in a forecast published on Thursday.

The GDP forecast applies to an annual rate, which if sustained for four consecutive quarters would yield an economy about 28 percent smaller than before COVID-19 cases began an exponential climb, although many economists expect a sharp rebound in business and consumer spending if the pandemic eases before the quarter ends 30 June.

Interest rates on ten-year Treasury notes are expected to be below 1 percent during the second quarter as a result of the Federal Reserve's actions and market conditions, the release said.

Expectations of a rebound are fueled by trillions of dollars headed for businesses and consumers as a result of three rescue packages approved by Congress, pent up demand from consumers forced to spend the spring confined to their homes, and the underlying strength of the US economy, a scenario frequently cited by President Donald Trump and other administration officials.

However, the CBO's projections included a warning of possible new outbreaks of the virus later in the year. To account for that possibility, forecast assumed that social-distancing practices would diminish by just three-quarters, on average, during the second half of the year, according to the release.

In addition, CBO said it expects the impact of job losses and business closures to linger, keeping unemployment as high as 9 percent at the end of 2020, the release said.

In the past two weeks, ten million Americans have applied for unemployment benefits. Prior to the pandemic, the US economy had record low unemployment in the 3-percent range.