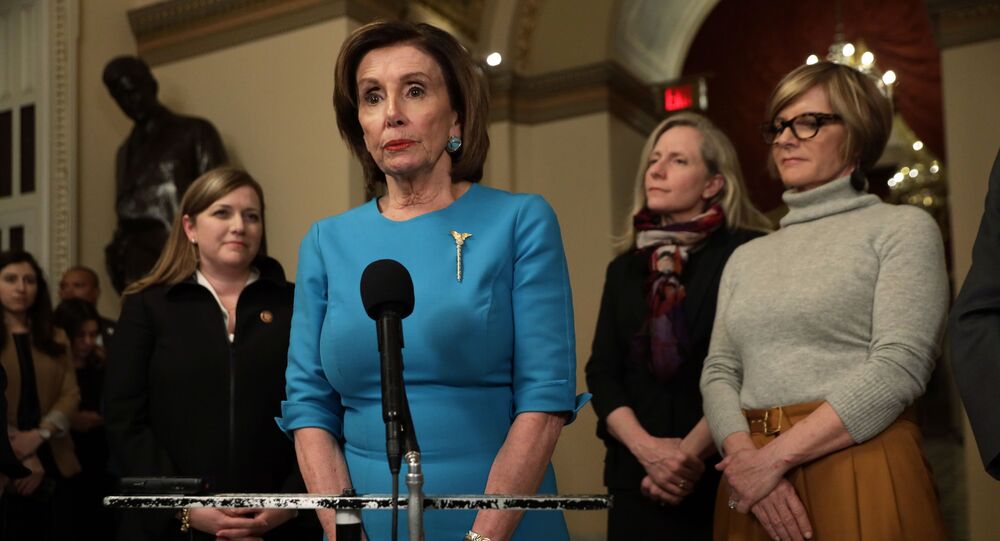 Earlier, US senators and the Trump administration reached an agreement on the coronavirus response bill.

The coronavirus legislation deal reached in the US Senate moves closer to US workers, House Speaker Nancy Pelosi said.

"This bipartisan legislation takes us a long way down the road in meeting the needs of the American people," Pelosi said in a statement. "While the compromise does not go as far as our Take Responsibility for Workers and Families Act, thanks to the unity and insistence of Senate and House Democrats, the bill has moved a great deal closer to America’s workers."

The new Senate proposal will allocate nearly $2 trillion to businesses and workers. Apart from the $500-billion Treasury fund, it would provide tax rebates and expanded unemployment benefits, as well as $367 million for small businesses, $130 billion for hospitals, $200 billion for various "domestic priorities” such as public health, transportation and food stamps, $25 billion in direct financial assistance to troubled airlines, and $4 billion for air cargo carriers. It will also provide a one-time check of $1,200 to individuals who make up to $75,000 a year, $500 per child, and $2,400 per married couple.

The proposal now has to pass through both houses of Congress. Lawmakers have been under pressure to approve of the agreement quickly amid the ongoing coronavirus outbreak which has already had a negative impact on the national economy.

According to the World Health Organisation (WHO), the number of confirmed COVID-19 cases in the US is 42,164, with 471 deaths.