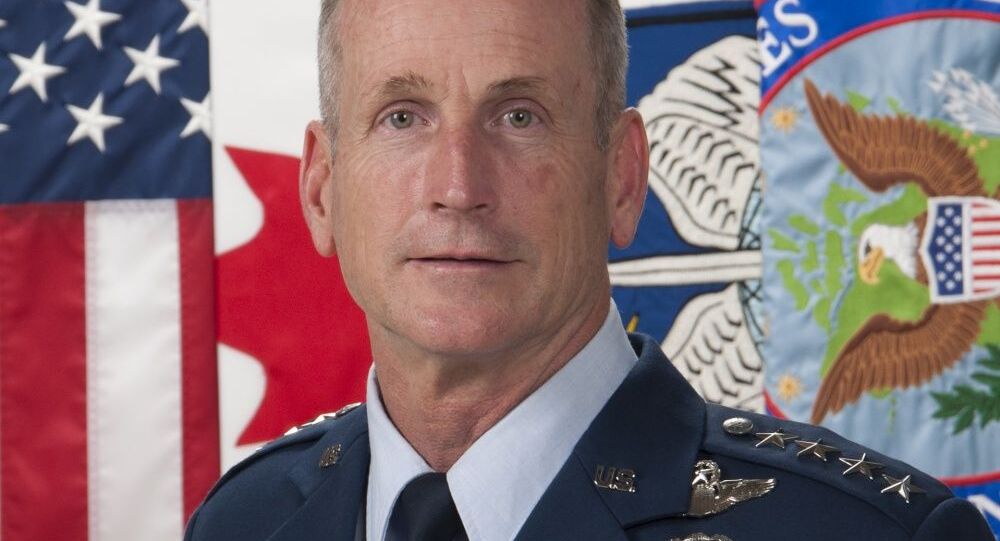 The reportedly approved sweeping contingency plans involve everything from the evacuation of civilian authorities and their families to a secure location, all the way to schemes to circumvent the guidelines for the transfer of power set forth in the US Constitution.

The Trump administration has drawn up secret standby orders to put the military in power in the event the civilian authorities are disabled by the coronavirus pandemic, a Newsweek report has it, outlining the details of the emergency plan in what’s called "extraordinary circumstances”.

More specifically, it is Terrence O’Shaughnessy, a four-star 56-year-old general and former fighter pilot who is reportedly the designated “combatant commander". So, what do we know about him so far?

Pentagon chief Mark Esper reportedly signed standby orders on 1 February, instructing Northcom to fulfil plans for a pandemic (even before it was declared) and urging it and East Coast military units to “prepare to deploy” for possible “extraordinary” missions, while not completely ruling out martial law.

Seven contingency plans are understood to have been approved, three of them overseeing missions to rescue and relocate President Trump, Vice President Mike Pence and their families, move the secretary of defence and other national security leaders, and congressional and court grandees to a secure location.

According to a military planner who spoke to the author of the Newsweek report, martial law is a “pretty straightforward process” that applies when one city or region has been devastated, “but with coronavirus, where the effect is nationwide, we’re in territory we’ve never been in before", he concluded unambiguously.

The raging epidemic has been sweeping across the globe, with the number of cases in the US currently at 34,717. The tally indicates the country is the third-most affected in the world, after China and Italy. The death toll in the US, meanwhile, is 452, one of the lowest. Trump's inner circle, including POTUS himself, have so far tested negative for the novel viral infection, although a number of White House staffers self-isolated and have been working from home as a preventive anti-coronavirus measure.