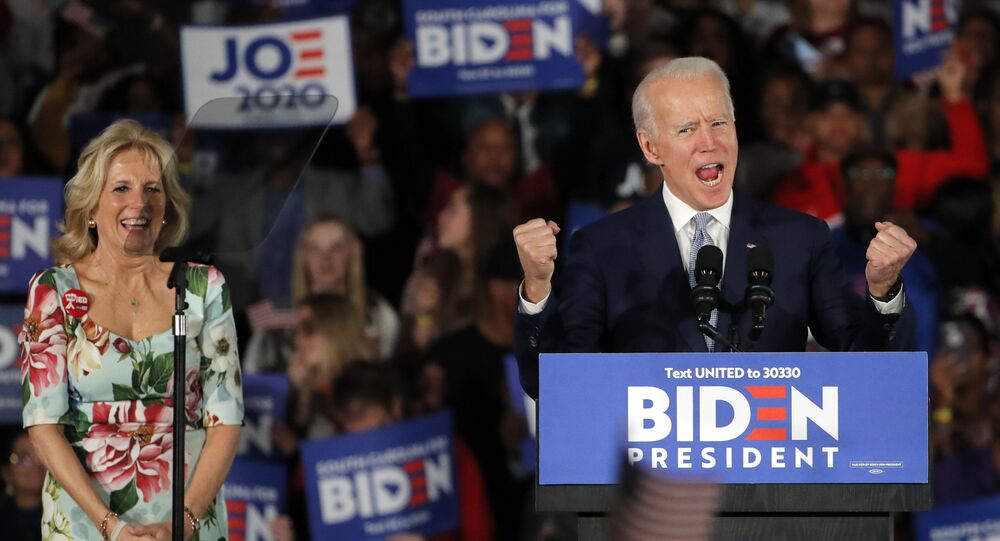 According to the final FiveThirtyEight forecast, both Biden and his rival Bernie Sanders are likely to win in seven states.

A Data for Progress poll shows Biden 5 points away from Sanders (32 percent) in California, the state with the largest number of delegates - 415. In polls from Swayable and AtlasIntel, Sanders is leading by eight points. In Texas, Biden is ahead of Sanders by two points.

Biden is also leading in North Carolina, Virginia, Tennessee, Alabama, Arkansas, Oklahoma, and Vermont, according to the same poll.

Compared to the polls conducted in February, that mostly showed Sanders leading by a margin of 17 to 21 points in California and also ahead in Texas, Biden is making real gains now.

After Buttigieg and Klobuchar withdrew from the Democratic race, there are now just five Democrats running for the party's nominee to face Republican Donald Trump in November's presidential election.