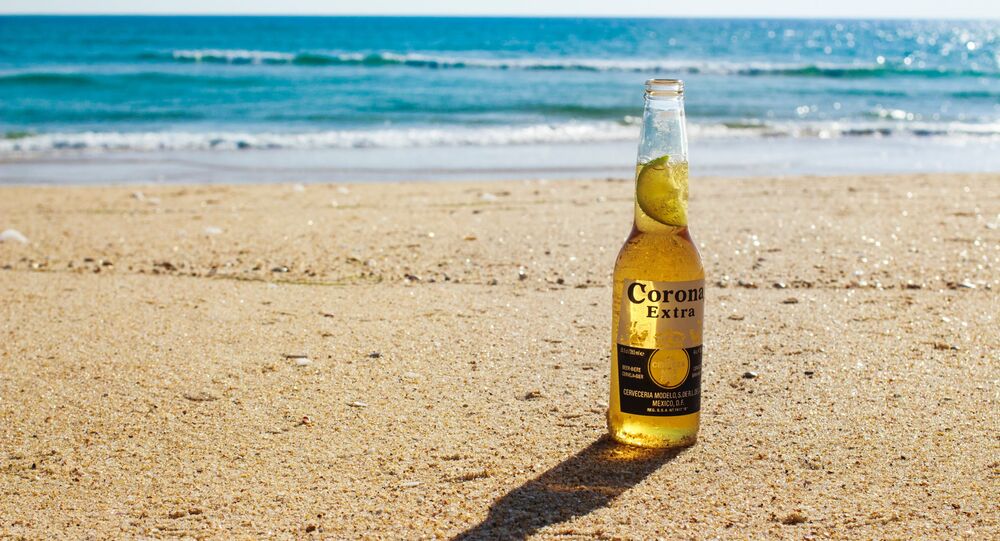 The beverage enjoyed a surge of public interest in January, with Google Trends data revealing a major jump in “corona beer virus” and “beer virus” search terms. However, that interest appears to have turned to negativity amid the poorly educated and grossly misinformed.

38 percent of Americans will not buy Corona beer “under any circumstances” due to the spread of the (completely unrelated) new coronavirus, or COVID-19. That’s according to a survey of beer drinkers. 14 percent more of those polled have said that they would not order a Corona in public, and 16 percent more said they were still “confused” about whether the beer was in any way associated with the virus.

A second poll conducted by YouGov in late February found Corona’s ‘Buzz score’ – a measure of whether consumers found the brand positive or negative, plummeted from over 75 percent to just 51 percent. That poll’s sample size was 357 American adults with an opinion on the Corona beer brand over a four week rolling average.

Constellation Brands, the company which owns the rights to the production and distribution of the popular Mexican beer in the United States, has sought to downplay any association between its products and the deadly virus. In a statement, the company stressed that its customers understood that “there is no link between the virus and our business.”

Speaking to CNN, a spokesman said Corona sales “remain very strong” and that the company appreciates “the continuing support from our fans.” In fact, the company said, Corona Extra sales have actually climbed by 5 percent between mid-January and mid-February.

Online however, another kind of battle was brewing. Corona USA was forced to pull a new “Coming Ashore Soon” ad campaign last week featuring four of its new hard seltzer flavours, with trolls soon latching on to the account’s other tweets with distasteful memes.

Everybody be sure to filter your Corona through a surgical mask. Better safe than sorry.

Corona, why would you do this? 😷

Others were discouraged by the surveys’ findings, including those troublesome “38 percent of Americans.”

Can we talk about those 38% of Americans.... pic.twitter.com/8IahmHuyR5

And in related news: Limes don’t cause Lyme disease. pic.twitter.com/XLoFRvsSob

Some tried to turn things political, battling it out on whether the non-Corona-drinkers were Trump or Clinton supporters.

You misspelled Hillary Clinton for people who still think she’s the President, including her-who will NEVER be President

Others still tried to turn things around on the haters, however, joking that drinking Coronas actually helps fight the disease.

Can't die from coronavirus if you're too drunk to feel the symptoms!

Emerging in Wuhan, China in late 2019, COVID-19 has infected over 87,000 people worldwide, with close to 3,000 people dying as a result of complications caused by the virus, the vast majority of them in China. Another 42,650 have seen a complete recovery. Along with China, South Korea, Italy and Iran have been hard hit by the virus. The US has had 72 confirmed cases, with the first coronavirus death reported in Seattle, Washington on Saturday.

Sipping Beer Ahead of WWII Atrocities: Rare Photos of Adolf Hitler and His Henchmen Auctioned