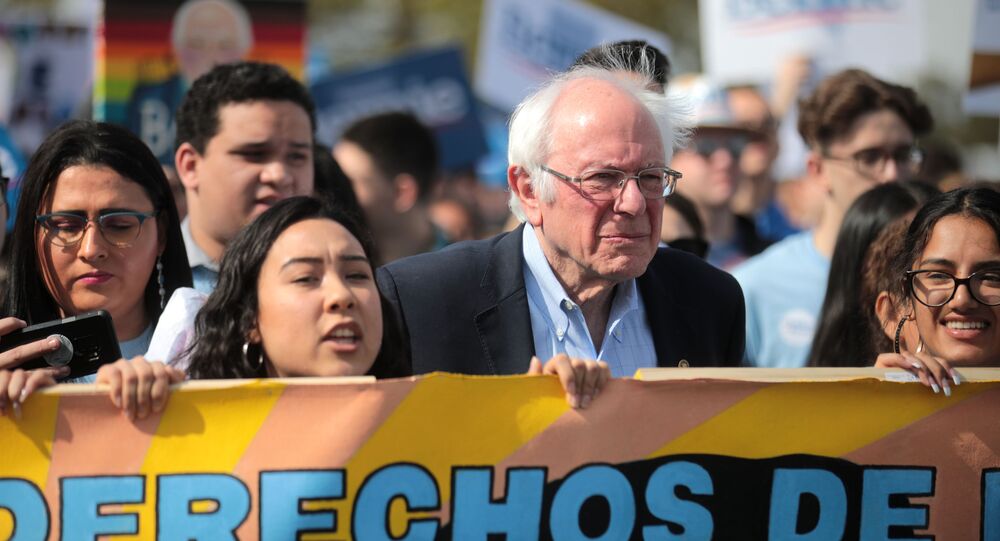 Sanders, who is leading in national polls ahead of the Nevada caucuses, said in a CBS "60 Minutes" interview set to air Sunday that Michael Bloomberg's performance in the Democratic presidential debate Wednesday night

“If that’s what happened in a Democratic debate, you know, I — I think it’s quite likely that Trump will chew him up and spit him out,” the Vermont senator said.

Asked if he is concerned about Bloomberg winning the Democratic nomination, Sanders said he is more "worried about an unprecedented amount of money being spent on a campaign." Bloomberg, who is worth over $60 billion, has already spent $400 million on advertising in the Democratic primary race, including buying the time for his ad during the Superbowl.

"We've never seen anything like this in American history," Sanders said. "And I just think though that the American people will rebel against this type of oligarchic movement. We are a democracy. One person, one vote. Not a guy worth $60 billion buying an election," Sanders added.

Bloomberg had been a target for other Democratic candidates since he announced his participation in the debates. Particularly, candidates from the progressive wing, Warren and Sanders had slammed the billionaire for his policies during his time as the New York City mayor as well as his tax returns nondisclosure.

not disclosing his tax returns.